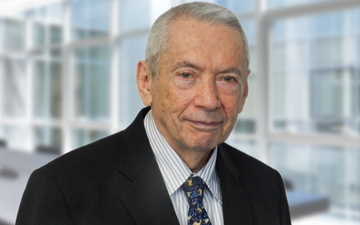 TORONTO – Should professional accountants in Canada be actively sponsoring a financial reporting system that supports, in my opinion, the widespread use of Ponzi schemes? Such schemes promote the sales of additional debt or equity money from the public, which is then used to pay interest, or dividends, or returns of principal to those who previously purchased an entity’s dubious debt or equity.

Ponzi schemes are sometimes referred to as “borrowing from Peter to pay Paul.” Repayments ought to be from real cash earnings to be labelled as legitimate. They should not be from the “money circling” that is part of the scheme. A fine line can sometimes exist between borrowing for serious expansion purposes versus borrowing because no real cash earnings have been generated to pay debts.

For years, what constituted “real cash earnings” was defined as including, with few exceptions, revenues less expenses that arose from enforceable third-party contracts being agreed upon. Management estimates were to be kept to a minimum when fair market values were not otherwise verifiable. Some professional judgment from accountants and auditors was permitted but was largely confined within the word “professional” and its duty to the public.

Reporting’s focus in Canada prior to 2011 was concentrated upon “what actually happened,” much like the scores recorded at a sporting event, like baseball. The concept underlying the past-based focus was that the past results could be useful inputs showing trends for possible current investments.

For investment purposes, more than just records of past events obviously are required. Estimates beyond financial reporting have to become involved. These personal estimates might be based on a variety of factors, perhaps including records of actual past financial periods. Legitimate bases for the estimates, however, should be verifiable.

But what happens when the past contracted third-party events (“what actually happened” tabulations) become mixed, or included in, one set of financial statements, which include corporate management’s extensive, perhaps biased, estimates of their “hoped for” corporate future? The “what actually happened” records (containing a few necessary estimates) no longer exist. Having only one mixed or combined set of past, present and future time period financial statements for each year obscures third-party actual transactions (e.g., who came first, second and third and by how much?). History is abandoned.

The concept of “current value accounting” can make sense for various specific purposes. But current values have to have some validity in the marketplace. Did other sales occur at these prices? When?

The reality is that many figures now incorporated into audited financial statements have largely been “pulled out of the air.” The dollars selected can easily cover up a disastrous year for a company when the dollars are combined into just one set of financial amounts (e.g., poor actual rental results, combined with management’s “fair value” estimates of buildings, and together called “profits”).

Proof of the above is everywhere, it seems. The cannabis sector is a prime example but there are others. Many major pension plans “value” their pension assets on what is called a “Level 3” valuation basis (i.e., no direct selling price data is available). Adding to the speculation is that many of the pension assets are “infrastructure” in nature, with cash flow returns often not expected for years ahead. Yet, pension holders are told that the fund’s expected liabilities are protected by these “valued” assets.

In summary, a “current value” reporting system is frequently used for audited financial statements in Canada, in the absence of reasonable verification of the dollars being chosen. Sales of infrastructure projects may be decades away. Cash flows expected are also estimates with wide variability. What is believable in this kind of market?

Canada’s current value reporting under IFRS is, in my opinion, similar to a Ponzi scheme. Money is being attracted to more than just pension plans, based on their alleged, audited reported investment successes. Companies listed on stock exchanges are paying high dividends (which help to increase stock prices) on their bloated, IFRS-based “income.”

IFRS is fundamentally extreme accrual accounting. Few cash market-tested transactions are required to be in place to limit or control “value” extremism in reporting. Profits can be accrued and recorded today but related cash may have to be reported, bit-by-bit, over the next 20 years, based on equipment performance, or similar. Meanwhile, the cash to operate the entity has to be borrowed. We have seen this management tactic growing rapidly over at least the past decade.

Contrary to the repeated assertions of the audit industry, IFRS is not a natural extension of old Canadian GAAP. It is virtually the exact opposite in serious and crucial ways and it is creating an investment market rife with Ponzi schemes.