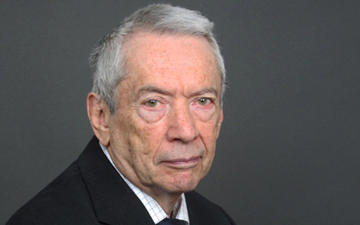 Why invest in Canadian companies given recent court rulings?

TORONTO, October 11, 2018 – In two landmark cases, the Supreme Court of Canada has made far-reaching, puzzling assertions about the objectives and purposes of auditing and financial reporting. In Hercules Managements Ltd. v. Ernst & Young (1997) and again in Deloitte & Touche v. Livent Inc. (2017), the Court has stated that annual audited financial statements should generally not be used for investment decision purposes. The Livent decision extended the warning to securities documents such as prospectuses.

Why corporate and securities legislation still requires financial statements and the auditing thereof has been a mystery since 1997. Sadly, most of the investing public surely is unaware of the absence of legal backing when a set of financial statements is deemed to be exaggerations or outright lies. And for 21 years, the audit profession itself has not complained that Court decisions are out of touch with reality.

Trustworthy financial reporting is essential for investment decision-making. Yet Canada’s lawmakers are not legislating the reporting of basic financial honesty. Hence, the obvious question: Why invest in Canadian companies given the country’s tolerance of trickery?

The Court has clung to its disturbingly baseless assertion that the sole purpose of annual audited financial statements is to allow shareholders (excluding potential investors) as a group to “evaluate management.” This is akin to allowing eight-year-olds to prepare their own school report cards for their parents to sign. Seriously, why should auditors risk annoying their clients over deficient reporting when they are insulated from legal liability by the Court?

The misleading consequences of the Court’s attitude can be seen readily in several of today’s audited financial statements of real estate, infrastructure, pension and other industries. Marijuana companies are reporting audited profits that, stunningly, are much higher than their sales. And all of this nonsense apparently is perfectly acceptable according to IFRS, the Supreme Court and our lawmakers.

Over the past 20-plus years, the credibility of financial reporting has collapsed in Canada. Those charged with monitoring and governance have abandoned their obligations to Canadians. The longer we wait to correct the situation, the higher will be the personal and financial losses when the next blow-up occurs. Nortel, the business income trusts, and other examples are evidence that we have not learned the dangers of procrastination.

I am certain that the Court’s 1997 decision curtailed lawsuits of auditor negligence. What we are still debating is whether the Court’s decision played a prominent role in the financial failures I cited earlier. Now we are seeing the first troubling effect of the Court’s 2017 decision. In Lavender v Miller Bernstein LLP (2018), the Ontario Court of Appeal cited the Livent case in ruling that the defendant’s auditors did not owe a duty of care to clients of Buckingham Securities Corp.

The Appeal Court’s reasoning derives from the Livent and Hercules decisions, wherein auditors are protected by the courts from hypothesized “indeterminate liability.” Protection of investors seemingly is not a concern in Canada. The 2005 settlement between the auditor and the Ontario Securities Commission states that “Miller Bernstein’s conduct was contrary to the public interest.”

It signed materially “misleading or untrue” Form 9 Reports for 1999 and 2000 that were filed by the client with the OSC. Presumably, if the audit reports had not been signed, the OSC would have been warned and could have taken steps to prevent investors’ losses. The auditors ought to have known serious dollars were at stake yet remote legal reasoning has been used to rule against investors.

In my opinion, decisions by the Court and lawmakers are motivating external auditors to freely sign misleading audit reports, and the exposure of auditors to liability is vanishing. Lavender v Miller Bernstein is just the beginning of the ramifications of the Livent decision. For governments, regulators and the accounting profession at large, it’s time to get serious about the future of auditing, because the courts have abdicated their responsibility.