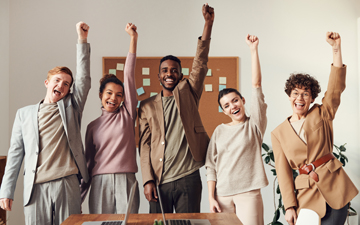 TORONTO, Aug. 14, 2021 – CPA Canada has announced that 722 individuals successfully passed the May sitting of the Canadian accounting profession’s Common Final Examination (CFE). The May 2021 CFE was cancelled in Ontario and Quebec due to ongoing COVID-19 safety precautions. CPA candidates in Western and Atlantic Canada wrote the May 2021 CFE at hotels in the usual cities where examination centres have been held in the past.

Charles-Antoine St-Jean, CPA Canada’s president and CEO, congratulated the aspiring accountants. “These bright and ambitious individuals have completed a major milestone on the journey to join the ranks of Canada’s CPAs. We commend them for their impressive accomplishment, especially considering the challenges of studying for and successfully writing this complex exam during the pandemic.”

Chartered Professional Accountant Gevorg Grigoryan, a CPA program coach and mentor, notes that the number of successful students (722) was lower than usual, because fewer students took the May 2021 CFE (6,371 students passed the September 2020 CFE). The exam was not held in Ontario nor Quebec, and most public practice staff were busy with tax season, during an exceptionally challenging pandemic year. “I expect the pass rate to be in line with the usual trend,” says Grigoryan.

“As was the case during the previous writing of the CFE in September 2020, the challenge was to keep CFE writers, staff and volunteers safe in a pandemic environment while protecting the integrity of the exam,” says St-Jean.

Kamille Español, from Ovintiv Inc. in Calgary, Alberta, is the recipient of the May 2021 Governor General’s Gold Medal Award as the May 2021 CFE’s top writer. In addition to the award, Español receives a cash prize of $5,000.

“I was in extreme disbelief when I first received the news," Español told CPA Alberta. "After hearing the words that I passed, I was [so]overwhelmed by shock and relief that I blanked out and did not hear the rest of the phone conversation with the CPA Alberta chair,” said Español.

Explaining her approach to taking the exam, Español said: “It’s so easy to put pressure on yourself. But it’s OK if you don't know absolutely everything. Just remind yourself that you prepared as much as you can. And, rather than focusing on what you don’t know, think about how much you already do. That, essentially, is what helped me stay calm during the three days of the CFE.”

The CPA Canada Atlantic Gold Medal Award and a cash prize of $2,500 for achieving the highest standing in that region goes to Tanisha Welcher, from the Canada Revenue Agency in St. John’s, Newfoundland and Labrador. Joining Español and Welcher on the honour roll are:

Congratulations to all the successful writers of the May 2021 CFE. For those who were not successful this time, be sure to read the many articles in the Students section of Canadian Accountant for advice from columnists such as Gevorg Grigoryan, CPA.

Published by Canadian Accountant with files from CPA Canada. Photo by fauxels from Pexels.

May 2021 CPA CFE successful in Western and Atlantic Canada

COVID-19 pandemic measures cause cancellation in Ontario, Quebec and internationally, but Common Final Examination will continue in other regions
Students