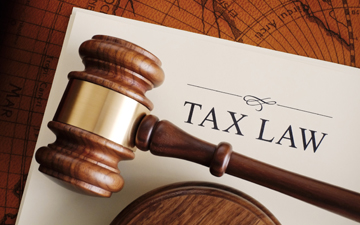 Be careful what you ask for, says John A. Sorensen of Gowling WLG

MNR v Cameco Corporation, 2019 FCA 67 ("Cameco") was an unsuccessful appeal by the Crown of a failed compliance order application in the Federal Court ("FC"). The issue was whether the Minister of National Revenue ("Minister") could compel Cameco employees to attend interviews and answer questions posed by CRA auditors. Although the Federal Court of Appeal ("FCA") unanimously upheld the ruling, two sets of reasons were issued, with different opinions on the merits of some of the FC`s guidance.

The Canada Revenue Agency ("CRA") conducted a transfer pricing audit of Cameco's 2010 through 2012 taxation years and sought interviews and oral answers to questions from 25 employees. Cameco offered to answer in writing, leading to the compliance order application to force in-person interviews. Readers will likely already know that a compliance order application is a court process under section 231.7 of the Income Tax Act (Canada) ("ITA")1 by which the CRA seeks to compel a taxpayer to comply with an audit or requirement for information. Where a court grants a compliance order, failing to comply may mean that the person is guilty of contempt, which could result in being sentenced to a fine and/or imprisonment, as well as an order to comply.

The FC rejected the Minister's application based on a textual and contextual reading of paragraph 231.1(1)(a) and also stated that oral interviews were tantamount to discovery of the taxpayer, but without the procedural safeguards of the rules of court. The FCA carefully analyzed the wording of subsection 231.1(1) and upheld the FC's determination.

The general audit provision in subsection 231.1(1) reads as follows:

An authorized person may, at all reasonable times, for any purpose related to the administration or enforcement of this Act,

The Minister's position was that paragraph 231.1(1)(a) and the words "inspect, audit or examine" are broad and include the power to compel oral answers from a taxpayer, a taxpayer's employees or even employees of a foreign subsidiary. According to the Minister, "audit" means seeking information and a corresponding requirement to provide responses which, it was argued, is consistent with the scheme of the administration provisions of the ITA. The Minister argued (oddly, with respect) that the root meaning of the word "audit" was "to hear" which means an oral answer to a question may be required. The Minister also argued that paragraphs (c) and (d) did not limit the scope of her authority, but rather enhanced it, requiring questions to be answered by any person at a business premises, in addition to the general power for the Minister to compel oral answers.

Cameco argued that the Minister was seeking a summons power that had no basis in the ITA and further that the Minister's interpretation of paragraph (a) rendered paragraph (d) superfluous and undermined the protections for taxpayers established pursuant to the Minister's enquiry powers under section 231.4. Cameco further argued that the CRA's audit powers under paragraph 231.1(1)(a) are in respect of documents and not any information, and further that its cooperation with the CRA during the audit militated towards an exercise of discretion in Cameco's favour.

The FCA held that the Minister's position was not supported by specific wording of the ITA, subject to the caveat that questions must be answered concerning the provenance and location of records. However, that is not what the Minister was seeking from Cameco. Instead, the Minister sought from Cameco oral answers to questions concerning facts within the audit period and the development of a functional analysis of a non-arm's length transaction between Cameco and a foreign subsidiary. The FCA analyzed subsection 231.1(1) based on the usual textual, contextual and purposive analysis followed by the courts since Canada Trustco Mortgage Co v Canada, 2005 SCC 54.

According to the FCA, the focus of the Minister's audit powers in paragraphs 231.1(1)(a) and (b) is on information that is or ought to be documented in a taxpayer's books and records. Property or processes may also be examined for the purpose of ascertaining information that is or should be in the taxpayer's books and records. The FCA gave short shrift to the Minister's strange argument that "audit" imported "audibility" into the statutory scheme. The key words in the provision are "inspect, audit or examine". Neither "inspect" nor "examine" suggest a power to force oral answers and, when words in a provision are set out in a list, they take their colour and meaning from one another. Even if the word "audit" could somehow be stretched to mean "audible," that meaning cannot be established when the word "audit" is sandwiched between "inspect" and "examine." This slightly limited scope of paragraph 231.1(1)(a) is affirmed by paragraphs (c) and (d): the focus of paragraph (c) is to ensure access to records, authorizing entry into anywhere that books and records are or should be kept; and paragraph (d) requires an owner, manager or other person on the premises to provide assistance and answer proper questions. According to the FCA, reading paragraph (a) in context means that Parliament meant for auditors to have full access to taxpayer records and there is no need for a taxpayer to actually be present since the obligation to assist can fall to any person on a business premises, pursuant to paragraph (d). If the right to compel oral answers were included in the Minister's general audit powers, then paragraph (d) would be rendered meaningless, which is untenable as a matter of statutory interpretation.

The FCA also observed that section 231.1 is located close to section 230, which is the provision that requires that books and records be kept. Taken together, the provisions fulfill a tax determination purpose, based on books and records. Further, the FCA stated that where Parliament intended to allow a regulator to compel oral answers, it did so expressly and not by implication.

The Crown argued that it was important for the Minister to be able to ask questions to verify information. The FCA agreed, but that important objective cannot replace the express language in a statute. The purpose of subsection 231.1(1) is to allow access to taxpayer books, records and information and section 231.7 provides for recourse to the courts. In any case, the Minister is not hamstrung. The Minister can compel documents and information and in the absence of answers she can make factual assumptions that the taxpayer bears the burden of disproving. Further, the Minister's various powers are substantial. She can enter a business premises, examine property or inventory, compel information from third parties and so on.

The FCA noted that the 1986 amendments to the ITA included changes to paragraph 231.1(1)(a) which, among other things, removed an express duty to orally answer questions relating to an audit and the obligation to give answers under oath or by statutory declaration. It is understandably difficult to argue that a power that was expressly removed from a statute continued to exist implicitly.

The FC judgment on the initial compliance order application also included reasoning that suggested a compliance order can be rejected at a court's discretion. That reasoning was deemed obiter by the FCA. However, to eliminate any doubt, the FCA's majority reasons state that the so-called "clean hands" doctrine is irrelevant to a compliance order. Clean hands means that a party might not be granted relief based on past conduct or acting in bad faith. However, clean hands is an equitable doctrine that does not apply to compliance orders. The courts might control the Minister's behaviour where it constitutes abuse of process, but equity has nothing to do with it. To illustrate the point, the FCA stated that co-operating with an audit generally does not generate goodwill that would allow the taxpayer to at some point stop co-operating and then plead past co-operation as a justification.

The FC considered whether audit compliance would compromise Cameco's other pending Tax Court litigation. However, the FCA's majority reasons clarified that the Tax Court Rules, as subordinate legislation, do not help with interpreting the Minister's audit powers, and the impact of current or future litigation is not relevant. Any prejudice or admissibility issues in the Tax Court are for the trial judge to consider. Further, according to the majority, proportionality has no place in deciding a compliance order application. An audit is not discovery. Auditors are not bound by pleadings or relevance.

Woods JA's concurring reasons held that the FC did not make an error and thus it was unnecessary to generally consider the scope of the Minister's audit powers. Amplifying this point, Woods JA listed the four factors considered by the FC, as follows:

Woods JA concluded that the above noted factors and reasoning were all relevant to the exercise of the FC's discretion under section 231.7 and further that because compliance orders are discretionary, the FCA must be cautious about intervening.

While the Cameco judgment is obviously a win for the taxpayer, for the following three reasons the lessons the tax community can derive from Cameco remain an open question.

First, the FCA's judgment is qualified: the judgment concerns the interpretation of paragraph 231.1(1)(a) and the Minister's power to compel oral answers under that paragraph. The scope of paragraph 231.1(1)(d) was not argued, although it may provide a distinct basis for compelling attendance at an interview and oral answers to questions. Until that issue is considered by the courts, tax advisors should be cautious about concluding that oral interviews can be refused with impunity in reliance on Cameco.

Second, the FCA judgment will certainly be reviewed and considered by the CRA, Department of Finance and Department of Justice. It would not be surprising if the government of Canada revisited the language in section 231.1 and amended it to expressly allow auditors to accomplish what they sought to accomplish in Cameco. The prevailing view at the CRA is likely that auditors are entitled to a full and complete review of a taxpayer's affairs in any way the CRA deems appropriate and that there should be no impediments to their enquiries. In light of the restrictive approach of the courts in recent years, legislative amendments to section 231.1 might be looming.

Third, in my view the FCA judgment is less restrictive on the CRA's audit powers than was the FC decision. The FC's interpretation of subsection 231.1(1) was consonant with the FCA's interpretation, but the FC's other comments were helpful. The FC decision confirmed that the Minister's broad audit powers were not unlimited (as also confirmed in BP Canada Energy Co. v MNR, 2017 FCA 61), invoked the clean hands doctrine and cited proportionality as a guideline. Although the FCA's majority reasons overruled that guidance, the concurring reasons should be recognized as highly persuasive, since they were authored by a judge with significant tax experience, both as a leading tax practitioner and as a Tax Court judge.

As of the date of this article, the period for seeking leave to appeal to the Supreme Court of Canada has not yet expired, so perhaps the last word in the Cameco compliance order case has not yet been written.

1 All statutory references are to the ITA.

John A. Sorensen is a partner at Gowling WLG in Toronto. He specializes in tax and tax dispute resolution.