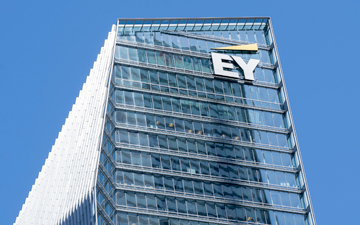 In part two of a three-part series, experts see the potential for EY to monetize ESG, AI, and crypto while maintaining audit independence

TORONTO, Oct. 13, 2022 – The growth of new services provided to clients, particularly with respect to environmental, social and governance (ESG) responsibilities, and ESG-related risk disclosures has complicated the accounting landscape and led to the need to clearly delineate specific functions. The planned division by Ernst & Young Global Limited of its business lines into two distinct, multidisciplinary organizations, is being driven by the monetization of new opportunities.

Wally Smieliauskas, a professor of accounting at the University of Toronto’s Rotman School of Management, notes that CPA firms are increasingly being asked to audit ESG information, while also likely being requested to consult in areas like setting up environmental control systems, and this has caused a conflict. If a CPA firm’s consulting arm assists a client prepare an ESG-related report, its audit group would not be in a position to be able to audit that, he says.

Other, newer issues have also arisen, including artificial intelligence and blockchain, and as more clients get involved with those new technologies, both consulting and audit demand will continue to rise, which creates a problem, says Smieliauskas. “Separating them will, I think, help preserve the audit firm’s independence,” he adds.

Profitable business lines could be at risk

The financial impact of EY’s proposed split — and whether this move will increase revenue for either or both of separate consulting/advisory and assurance/audit businesses — is of immense importance to the industry.

At the moment, however, that is very difficult to predict, says Anup Srivastava, Canada Research Chair of Accounting, Decision-Making and Capital Markets and a professor at the University of Calgary’s Haskayne School of Business.

With respect to non-audit services, over the short term, revenues might increase because EY consulting would, after the proposed split, attract audit clients to offer a whole range of consulting services that they were previously prohibited from offering, he says.

But in the long run, EY consulting could suffer, he suggests. For example, the firm might find it difficult to hire graduates that it currently hires by using the EY brand name and recruitment through universities. And it would no longer have the insider information on client needs and contacts that often lead to advisory business, says Srivastava.

“Regarding audit services, it is difficult to say,” he adds. But a lesser number of talented people would be attracted to a pure audit firm, for two reasons.

First, EY profits would be lower, implying that remuneration would decrease all the way to the partner level. Second, many talented people who consider consulting to be more interesting and rewarding than pure assurance services would reconsider their decision, Srivastava predicts.

“Audit fees are always under pressure and it is a very competitive landscape. Similarly, non-audit services face pressure from the cyclical nature of the work, especially in the current environment where companies may be reducing such services,” says Mitchell Stein, associate professor of managerial accounting and control, and director of the CPA-Ivey Centre for Accounting Education at the University of Western Ontario in London, Ont.

“Perhaps EY sees this opening up new opportunities for additional revenues for audit services and growth, but this would seem to be more through ancillary services around audit rather than [the] audit itself, and could lead to similar problems in the future,” he warns.

If EY splits into two companies, and there is a monetization of part of the value of the firm, this could potentially result in a large financial payout to partners.

“Financial payouts are inevitable. Audit partners rightly deserve to be paid for the business that was built using their assurance network,” says Srivastava. “Furthermore, audit partners would have lower cash cushions to withstand the legal liabilities that often come from audit work. As far as consulting partners are concerned, they would monetize the value they have built over the years,” he adds.

Regardless of whether splitting EY results in monetization of part of the value of the firm and a financial payout to partners, it is still the right move because it recognizes that reporting on activities and evaluating them are two different functions, says Smieliauskas.

“I think it’s going to lead to a net social benefit,” he stresses.

In part one of a three-part series, Canadian observers explain why audit independence is a regulatory factor behind the Ernst & Young split
Profession

In part two of a three-part series, experts see the potential for EY to monetize ESG, AI, and crypto while maintaining audit independence
Profession

In the final part of a three-part series, why there may be no alternative to the splitting of audit and consulting at any of the Big Four accounting firms