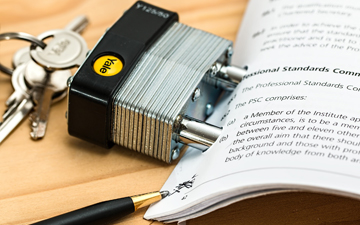 Investors can rely on a report without ever seeing it, says professional liability lawyer James Lane

TORONTO – Auditors are ordinarily shielded from liability to third parties, such as a client’s investors or lenders. That is true even if the auditor has been negligent in his or her audit work and the third party sustained a loss by relying on an audit opinion.[i] You may lose that protection, though, if you provide additional assurance outside of the audit report.

A recent Ontario case takes the matter further. In Lavender v Miller Bernstein, 2017 ONSC 3958, the auditor of a securities dealer was required to compensate for the losses of investors, even though the investors never saw or relied upon the auditor’s inaccurate report.

The investors brought a class action claim for negligence claiming that Miller Bernstein breached a duty of care owed to them. Miller Bernstein responded that most of the investors never saw the Form 9 Reports and could not claim to have relied on anything misstated within them. They argued that this is a claim for negligent misrepresentation where a required element, reliance, could not be proven.

The Court disagreed, holding that this was not a negligent misrepresentation case, but a case of negligence simpliciter. The Court accepted the plaintiff’s argument that Miller Bernstein owed and breached a duty of care, causing foreseeable loss. Reliance on a misrepresentation did not need to be shown. The investors had only to prove foreseeability of harm and proximity between the investors and auditors in order to show that the auditors had an obligation to be mindful of the investors’ interests when completing their audit work.

Because this was a case of pure economic loss (i.e., unconnected to physical loss), the Court was required to consider whether policy considerations meant that there should be a limited scope of liability for the auditors.

Although this case demonstrates that auditors can be liable to their clients’ investors, it does not make a change to the legal test to be applied. Rather, the court held that, on these particular facts where the auditors approved and filed a report required for investment regulation purposes, a duty of care to the investors arose. The investors relied not on the content of the Form 9 Reports but rather on the role that those reports played in the system for securities regulation.

Auditors working in the securities industry should be aware that they could end up facing liability to their clients’ investors or lenders who rely on the auditors as part of the system in place for their protection.

[i] For the last 20 years, Canadian common law has been settled in holding that investors ordinarily cannot recover for loss on an investment made in reliance on a negligently prepared audit report. Auditors can be liable to those who rely on materially misstated audited financial statements if it was intended that the audit would be relied upon by those particular users for the particular purpose for which they placed reliance.

In the case of a typical company audit, the Supreme Court of Canada has held that audited financial statements are intended to be used by management and shareholders to evaluate management performance. An auditor ordinarily does not owe a duty of care to those who rely on audited financial statements as the basis for choosing to invest in a company, even those investors whose identity is known to the auditor.

A version of this article was published previously as an alert to the law firm’s clients.