Canada 150: Five things you didn't know about the history of accounting in Canada 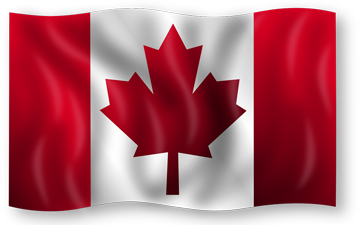 1. The history of accounting in Canada dates back to the fur trade.

The Hudson’s Bay Company (HBC) is the longest-surviving commercial company in the world and accounting was at the core of its origin. HBC was established on a permanent basis in 1670 and hired its first accountant in 1674 for the purpose of "setting and stating several accounts."

According to York University Professor Gary Spraakman, “in the period of 1821 to 1860, [HBC] had a very good management accounting system, which gave them a competitive advantage over all other firms."

2. The first accounting body was established in 1879.

Actually, two bodies were established in 1879.

The first meeting of the Association of Accountants of Montreal (AAM) was held in June 1879. Some of its founding members had ties with the Institute of Charted Accountants of Edinburgh.

3. The first female Canadian accountant practised in the United States.

Christine Ross is often lauded as the first female professional accountant in the U.S. and, indeed, in the Western world. But Ross was born and raised around 1873 in Nova Scotia. She took New York's inaugural CPA Exam in 1896 and placed among the top of her cohort.

In 1899, she became the first female Certified Public Accountant and went on to establish a lucrative practice in business and the fashion industry.

The history of the first female designated accountant to practise in Canada is more complicated. It was not until October 1929, when the Privy Council in England overturned a decision made by the Supreme Court of Canada, when women were declared "persons" under the law, that women could fully enter the profession.

That ruling removed any legal barriers to the granting of accounting designations to women. By the early 1930s, women had been designation by certified general accountant and chartered accountant bodies.

A member of Hamilton City Council, she won a federal seat in a 1950 byelection and was appointed Canada's first female Secretary of State by Diefenbaker. Fairclough also served as Acting Prime Minister for two days in 1952, thus becoming the first woman to serve as in that role. Fairclough was a champion of women's rights, including equal pay for equal work, and was featured on a Canada Post commemorative stamp in 2005.

5. A national code of professional conduct dates back to the early 1970s.

Given that the regulation of the accounting profession in Canada has always been under the purview of the provinces, the introduction of a uniform code of ethics by national bodies has at times been contentious. Both CGA Canada and the CICA introduced national codes of ethics in the early 1970s. Codes of professional conduct would have significant ramifications for members, as they provided a philosophical foundation to the introduction of mandatory practice inspections, professional development programs and discipline hearings.