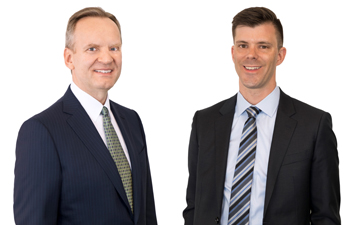 First, the FC ruled that a taxpayer's rights under sections 7 and 8 of the Canadian Charter of Rights and Freedoms, Part I of the Constitution Act, 1982, being Schedule B to the Canada Act 1982 (UK), 1982, c 11 ("Charter") are not violated when the Government of Canada obtains information from a foreign government for the purposes of a civil investigation. Second, the FC clarified the "predominant purpose" test in R v Jarvis, 2002 SCC 73 ("Jarvis") for determining whether the purpose of a CRA audit is a criminal investigation.

The CRA commenced an audit of Stankovic's personal tax returns based in part on information the CRA received from French authorities under Article 26 of the Convention between Canada and France for the Avoidance of Double Taxation and the Prevention of Fiscal Evasion with Respect to Taxes on Income and on Capital. The Government of France offered information to the CRA pertaining to the personal accounts of Canadians included on what is publicly known as the "Falciani List" ("Falciani List"). The Falciani List contains account holder information relating to the HSBC Private Bank in Switzerland ("HSBC") that an employee of HSBC copied. Information in the Falciani List indicated that Stankovic held assets and possibly earned income from one or more HSBC accounts. After Stankovic did not fully comply with the CRA's extensive requests for information and documents in the Demand Letters, the Minister applied to the FC for an order compelling her to produce all of the books, records and information specified in the Demand Letters. Stankovic opposed the Minister's application, including rigorous cross-examination on the affidavit sworn by the CRA auditor to support the application.

Stankovic argued unsuccessfully that the CRA's Demand Letters were issued for the predominant purpose of a criminal investigation and prosecution and not for an income tax compliance audit. The FC ruled that Stankovic adduced no direct evidence to support her contention. The FC held that she merely relied on assertions, subjective speculations and circumstantial evidence. Instead, the FC ruled that all the direct evidence was "crystal clear" that the audit was a legitimate exercise of subsection 231.1(1) and did not contemplate a criminal investigation implicating Stankovic's Charter rights.

Most importantly, the FC's ruling confirms that relying on information obtained from a foreign government pursuant to a bi-lateral tax treaty to commence an audit does not implicate a taxpayer's Charter rights. Furthermore, the FC's ruling confirms that the Charter does not apply to information gathered extraterritorially where the authorities or source of the information were not acting on behalf of the Government of Canada. This was despite Stankovic's argument that the French authorities contravened local law when the Falciani List was obtained and that French courts have prevented the French authorities from using it. The FC held there was no clear evidence the French authorities acquired this list illegally and that in any event Canada certainly did not. The FC ruled that Stankovic had not distinguished the CRA's use of the Falciani List from case law establishing that the Falciani List can be used in civil investigations in Canada without implicating a taxpayer's Charter rights in this country.

Taxpayers with unreported offshore accounts should be aware that information obtained by the CRA from foreign governments, such as the Falciani List, can be used as part of a civil investigation without implicating their Charter rights. Once the CRA goes after information and documents to support a civil audit, especially one dealing with offshore accounts, the CRA will deploy all legal means and relentlessly pursue it until it is obtained.

1 Unless otherwise noted, all statutory references are to the Act.

Stevan Novoselac (pictured left) is a partner and the Canadian leader of Gowling WLG's Tax Dispute Resolution team. Josiah Edwards Davis (pictured right) is an articling student in Gowling WLG’s Toronto office. This article was reprinted from Mondaq.com with the permission of the authors. Read the original article on GowlingWLG.com.

The Income Tax Act is clear on Canada Revenue Agency civil and criminal audits. But what happens when the goal of a CRA civil audit is to lay criminal charges?
Opinion