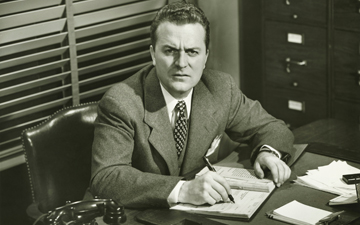 TORONTO, Nov. 16, 2017 – The ramifications of an aging population are being felt throughout society, including the accounting profession. Only about 34 per cent of active CPAs in the country are under 40, with the remaining two-thirds over that age, says Tashia Batstone, senior vice-president of external relations and business development with the Chartered Professional Accountants of Canada in Toronto.

Those demographics also impact the practitioners that the public interacts with every day. While accountancy is a profession where practitioners can work beyond the normal retirement age and continue to be productive, that can be a problem in certain instances with individuals who have always worked on their own and continue to do so in old age without a succession plan in place.

If the practitioner loses mental capability, falls seriously ill, or dies suddenly, their clients will be left in the lurch, warns Dawn McGeachy, a partner with Colby McGeachy Professional Corporation in Almonte, Ont.

That issue is compounded in situations where there is nobody else on staff to recognize that something is being done improperly, and take the initiative to correct it. Or perhaps somebody formerly on staff acted as a lynchpin to hold the office together for the aging practitioner, but has since left the firm, she adds.

Jason Kingston, a principal with DSK LLP in Kitchener, says he has also heard anecdotally about instances where it would appear that some older accounting practitioners have not been keeping current in their practices.

“One of the biggest benefits with being part of the CPA profession is we’re committed to life-long learning. We encourage continuing education [and] professional development programs. It’s a very strong part of our culture. The provinces [have] a very strong code of ethics that basically requires members to have the necessary skills and competencies to undertake the work they’re performing,” says Batstone.

There are also ongoing practice inspection programs for members who are practicing in public accounting which can note potential deficiencies, she adds.

“I think the reality is that practitioners, regardless of their age, provided that they have the skills and competencies necessary, stay current. They make sure they…carry out their work in a way that protects the public interest,” Batstone asserts.

But McGeachy sees a problem with timing when it comes to practice inspections.

“Because practice inspections are only undertaken every three years, you may have been fine in your last practice inspection. But you’ve now gone beyond a tipping point. A lot can happen to an older person both physically and physiologically in that three year interim,” she stresses.

Moreover, there is a lot to keep up with, because the profession has changed its way of doing things, particularly over the past ten years, says McGeachy.

For example, she notes, practitioners completing more than ten paid tax returns a year must now use e-file technology, and T1 adjustments are also being done through Re-FILE. Review letter submissions are made online by uploading the documentation.

“Every practice today should be paperless. If they aren’t, they should seriously be asking themselves how inefficient they are. Changes in technology, use of the cloud, use of security systems, how you are interacting with government - there’s just a whole raft of things that I would think for somebody who is in their 70s, it’s harder and harder to make those shifts, because it’s so different from the way they’ve historically done business,” says McGeachy.

“But you have to, in order to adequately and appropriately service your client,” she adds.

Is the accounting profession doing enough to bring CPAs into public practice?
Profession

What is the accounting profession and its public practice firms doing to address its demographic crisis?