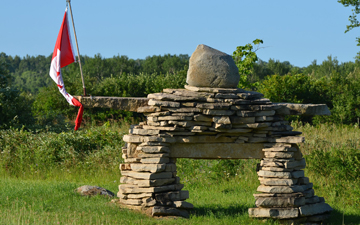 Taxpayers ombudsperson says improvements still need to be made, reports Jeff Buckstein in the third of a three-part series on CRA service to northern Canada

OTTAWA, Aug. 14, 2020 – The Office of the Taxpayers’ Ombudsman (OTO) says the Canada Revenue Agency has service issues in northern Canada. Meanwhile, northern peoples believe the CRA is unfairly targeting them due to their Indigenous status or northern residence.

“The CRA understands that Northern residents experience unique barriers and complexities in meeting their tax obligations and securing the benefits for which they may be eligible,” says CRA spokesperson Dany Morin. “To address these barriers, the CRA consulted with territorial residents and businesses to create the Northern Service Improvement Strategy.”

This Strategy includes initiatives designed to guide people on how to correctly claim the deductions and ultimately minimize the frequency of reviews caused by recurring errors. The CRA continues to work to address the recommendations that stemmed from the 2016 consultations, the Serving You Better consultations in 2018, and the OTO reports, he elaborates.

The CRA understands that certain individuals have difficulty claiming the northern residents deductions and recognize there is an opportunity to proactively help them better understand how to claim them, says Morin.

The CRA strives to provide excellent service to all Canadians and has launched additional initiatives in the North, he adds. For example, in August 2018, the Minister of National Revenue announced that the CRA would open three new Northern Service Centres in the territorial capitals of Whitehorse (Yukon), Yellowknife (Northwest Territories) and Iqaluit prior to the 2019 tax filing season to better support territorial residents, Indigenous communities, and businesses.

Those centres began operating in February 2019. In addition to providing in-person service, they also facilitate outreach activities and the Community Volunteer Income Tax Program to enhance the service offered by CRA, Morin says.

Communication is key to service improvement

The year-round Northern Service Centres have helped to build trust because they are in the community, says Taxpayers' Ombudsperson Sherra Profit, who acknowledges that CRA has consulted with and introduced specific outreach programs targeting Indigenous, northern and rural communities.

However, she believes improvements still need to be made. CRA leaders need to develop the Agency’s overarching policy and priorities, with that buy-in and change happening at all levels of the CRA, including those dealing directly with taxpayers and benefit recipients.

“It’s really all about communication,” she stresses.

The CRA also launched a dedicated telephone line in February 2019 for those living in the North, with the line staffed by CRA employees who are familiar with northern tax issues.

“As part of the CRA’s commitment to being a client-focused agency, we are also publicly tracking new and ongoing initiatives that have begun as a result of consultations with northern residents to ensure we are meeting their needs and expectations,” Morin stresses.

“We are aware the CRA is trying to do a better job of providing its services in Nunavut, and welcome such efforts. For example, they have visited Nunavut to meet with local businesses, and are establishing a greater presence,” says Dan Carlson, assistant deputy minister of Nunavut’s Department of Finance in Iqaluit.

Another issue identified in the OTO report is that Indigenous Canadians say there are difficulties receiving responses when requests are made to CRA asking for clarifications on court cases and policies that involve Indigenous peoples.

“We have a self-reporting tax system,” says Profit. “CRA needs to provide information that helps people confidently self-report. But there are difficulties with that information given how court cases change the landscape while the CRA can be slow to update its information or policies,” she explains.

Jeff Buckstein, CPA, CGA is an Ottawa-based freelance business journalist. Image by diapicard from Pixabay. Both the Assembly of First Nations and the First Nations Tax Commission were contacted by Canadian Accountant but declined interviews.

This is the third and final article in the three-part series. Read the full series in order: