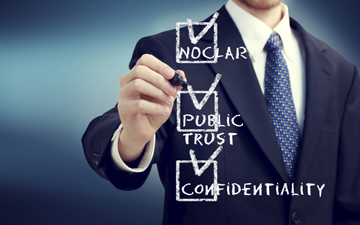 OTTAWA – Six years in the making, a new, global playbook for whistle-blowing in the accounting profession went in effect on July 15, 2017.

The new standard, for addressing and reporting suspected non-compliance with laws and regulations (NOCLAR), covers all professional accountants, including those in business. But it will demand careful weighing by public accountants who, as we have reported, have a long-standing tradition of practitioner-client confidentiality.

Andre Vincent, the Montreal-based chief ethics officer with Deloitte Canada, says “my main function is always professional secrecy — where and when do we have to disclose [and] to whom?”

A key question that needs to be asked, he adds, is ‘When would reporting create a liability as opposed to meeting an obligation?’ For example, “If I report something that is not known to the public, and it becomes public and creates a problem at a listed entity, I may have a big problem.”

Vincent says Deloitte’s internal policies require employees to understand their reporting obligations and to consult with specialists before acting — to ensure they understand the implications of reporting, including who they should be reporting to, along with the timing of that reporting. The timing could be important if, for example, certain news becoming public could impact markets.

Deloitte has a support network in place to help practitioners strike the delicate balance between protection of the public interest and confidentiality owed to their client.

“A professional would have to go through a process where they talk to the partner on the engagement. The partner on the engagement has to talk to the lead client partner. The lead client partner would have to talk to their risk partner, and the risk partner would talk to legal [counsel], and together they will make a call as to how and when this is going to be done,” Vincent explains.

Perhaps this could be interpreted as slowing down the NOCLAR process, Vincent concedes, but the company believes it owes it to their employees to support them properly, he says.

Good communication is a key factor for a practitioner’s ability to strike the right balance between protection of the public interest and confidentiality owed to their client under the NOCLAR standard, says Dawn McGeachy, a licensed public accountant and partner with Colby McGeachy Professional Corporation in Almonte, Ont.

“The practitioner must always emphasize that management's representations are necessary in any assurance engagement. But speaking with the client about the professional requirements is important each year when the engagement letter is presented for signature,” she stresses.

The practitioner should explain what these professional duties are, the need for reliable management representations, and if NOCLAR instances are uncovered the course of action that must be followed by the auditor, including consideration of whether to withdraw from the engagement, McGeachy says.

Importantly, the auditor should also explain that in such a case they may not be permitted to communicate with management or those charged with governance as it may be restricted or prohibited by law or regulation. Doing so might, for instance, prejudice an investigation by the appropriate authority, she adds.

Gary Hannaford, a current member of the IESBA, and the former CEO of CPA Manitoba, says practitioners will need to take several factors into their professional judgment when weighing a decision to maintain confidentiality versus a possible obligation to report. Hannaford has written on NOCLAR for CPA Canada.

“Obviously, no professional accountant wants to be having to report a situation and override that confidentiality, because that’s an important element that deals with trust between themselves and the client,” he reiterates.

“But ultimately, at the end of the day, as a professional that primary responsibility is to protect the public interest, and if they believe that something is so significant that the public interest is being harmed in this type of a situation, then they have to factor that in.”

Indeed, according to IESBA Chairman Dr. Stavros Thomadakis (below), "the standard enables accountants to set aside the principle of confidentiality when there is a strong public interest reason."

Hannaford cautions, however, that one issue that needs to be considered very carefully when contemplating taking action is the degree of protection in place for professional accountants who feel they need to report a serious infraction to outside authorities.

“For example, there needs to be whistleblower protection … because the professional could be putting himself or herself at risk in a potential situation,” he stresses.

At present, there is no indication when Canada will adopt the updated IESBA Code.

“While the IESBA Code has not been adopted in Canada, the provincial rules of professional conduct must be as stringent as the IESBA Code unless there is a legal, regulatory or public interest reason for differences,” says Michele Wood-Tweel, vice-president of regulatory affairs at CPA Canada.

To find out more about NOCLAR, visit the IESBA website, which has a number of NOCLAR resources, including the introductory video below.