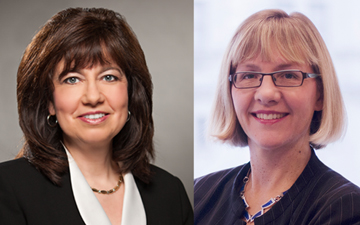 Lysyk’s value-for-money audit of the OSC, which was published in December 2021, largely focused on the relationship between the provincial securities regulator and CPAB, which is responsible for the oversight of public accounting firms that audit Canadian reporting issuers.

“We found that the OSC does not have the legislated authority to require the Canadian Public Accountability Board … to communicate certain information about audit firms and the public companies they audit, to the OSC. In comparison, the federal Securities and Exchange Commission (SEC) in the United States has greater authority over the Public Company Accounting Oversight Board (PCAOB),” stated the report.

Furthermore, the OSC does not have the same access to documented information held by the CPAB compared to in the U.S., where “the SEC has access to inspection reports of audit firms and names of market participants inspected with deficiencies identified by the PCAOB.”

If CPAB has discovered evidence during its inspection of audit firms that provides reasonable grounds to believe that there has been a contravention of provincial securities law, it will share that information with the OSC.

A conflict of interest at the accounting watchdog?

The Auditor General’s report also noted that the CPAB Act restricts the audit watchdog from sharing specific information about the business, affairs or financial condition of an audit firm or client unless that disclosure is authorized in writing by all persons whose interests might be affected.

“In the CPAB’s view, the statutory confidentiality provisions are intended to give confidence to all of the CPAB’s stakeholders (in particular, the audit firms and the reporting issuers) in the maintenance of the confidentiality of highly sensitive and privileged information so as to ensure their co-operation which, in turn, facilitates effective monitoring,” wrote Lysyk.

“It was also deemed important that the CPAB not be used as an alternative way for securities regulators to get access to reporting issuer information via the ‘back door,’ as that could undermine the CPAB’s relationship with the audit firms and reporting issuers,” she added.

In an interview with Canadian Accountant, Lysyk was asked if she believed — since it would presumably not be in the best interests of an audit firm or client to have securities regulators aware of a pending investigation, and they would be unlikely to authorize in writing something that might be harmful to their reputation —  whether that might constitute an inherent conflict of interest.

“I think [the existing framework] could be set up better so that perception is not there,” she said.

Although there may be verbal communications in confidence between the CPAB and the OSC, the existing framework needs to be updated so that written communications can also take place in confidence leading to a more detailed discussion about the next steps to take, Lysyk said.

“We found there is room for improvement. We think that there needs to be in place a mechanism whereby CPAB can communicate more detail on what they see in written form to the Ontario Securities Commission,” she said.

Are changes coming to CPAB?

CPAB launched a public consultation in July 2021 to discuss potential changes to the regulatory assessment information it releases into the public domain.

That consultation closed at the end of September. “We heard from a number of stakeholders that increased disclosure of the inspection reports and other aspects of what we do was important to those groups,” said Carol Paradine, chief executive officer of the CPAB in Toronto. "So we’ll be continuing to move forward with the securities commissions and looking at getting the necessary legislative changes in order to allow us."

The Auditor General’s report recommended that the provincial Ministry of Finance work with the OSC and CPAB to "review public feedback on the CPAB's consultation paper requesting input on the Protocol for audit firm communication of the CPAB inspection findings with audit committees."

It also recommended that the Ministry of Finance, OSC and CPAB "review and identify opportunities to improve information-sharing practices, including potential legislative changes."

Structural differences between U.S. and Canada

A major difference between Canada and the U.S. is that the SEC is a national regulator, whereas in Canada the OSC and other provincial and territorial regulators have limited jurisdiction.

“Because of the structure of the securities regulation in Canada, we were constituted in a very different manner than our U.S. counterpart,” said Paradine.

“The various Canadian Securities Administrators (CSA), including the Ontario Securities Commission, and the Office of the Superintendent of Financial Institutions (OSFI) put together something that they felt would have the involvement of all of the regulators,” she added.

The SEC directly appoints and removes PCAOB board members. CPAB has a Council of Governors, which includes the Chair of the OSC, that has the authority to appoint and remove board members.

It noted that “CPAB publicly reported that the work of component auditors outside of Canada can impact the execution of quality audits if the work is not executed in accordance with the group auditor’s direction and carefully supervised and evaluated by the group auditor.”

To strengthen the oversight of reporting issuers with significant operations in foreign countries, Lysyk recommended that the OSC continue to actively support the CSA and CPAB in accessing audit working papers of component auditors outside of Canada.

“It’s a very important recommendation in the light of investor protection and our role where it’s expected that we’ll be able to see the audit files,” says Pardine. “If we were restricted in seeing some of the work because it’s in a foreign country, that causes us a problem.”

The OSC also agreed with the Auditor General’s recommendation.

The report noted that in October 2019, the CSA published proposed amendments to existing rules that would assist CPAB in accessing audit work performed by component auditors outside of Canada. Final amendments are expected to be operational by the end of fiscal 2021-22.

Jeff Buckstein is a freelance business journalist based in Ottawa. Photos courtesy of CPAB  and the Office of the Auditor General of Ontario.