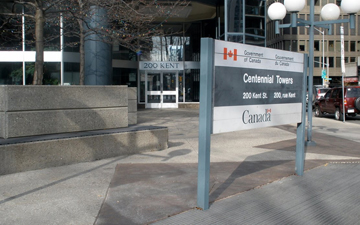 TORONTO, Jan. 15, 2021 – The Tax Court of Canada has been shut down for the second time in less than a year due to COVID-19. With Ontario entering a secon state of emergency on January 14th, Chief Justice Eugene Rossiter announced on January 11, 2021 that "Due to the prevalence of COVID-19 in cities where the Tax Court of Canada is scheduled to hold proceedings, the Chief Justice has cancelled all in-person Court sittings scheduled between January 18, 2021 and February 12, 2021, inclusively."

In 2020, the Tax Court ceased sittings on March 16, 2020, due to the COVID-19 pandemic. “The locks are on the door — in 12 locations,” said Chief Justice Eugene Rossiter. Between March 16th and the end of May, approximately one thousand hearings were cancelled, and 136 sitting weeks in total. Said Rossiter: “That’s a huge loss in productivity for the court.”

The Dow Chemical case is one of a number of high-profile transfer pricing cases that occurred in 2020 with ramifications for the future. It involves a disagreement between Dow Chemical (and its legal and accounting representation, Ernst & Young LLP or EY Law) and the Canada Revenue Agency.

While the dispute concerns whether a determination by "the Minister" denying Dow Chemical the benefit of the downward adjustment was proper, the actual Tax Court case involves where to bring an appeal of the assessment: the Tax Court or the Federal Court of Appeal. (You can find out which side won and why in the Conclusion.)

According to the Tax Court's notice, "Some conference calls scheduled to proceed between January 18, 2021 and February 12, 2021, inclusively, may also need to be cancelled. Parties affected by the cancellation of in-person sittings or conference calls will be contacted directly by the Registry staff in the coming days. The Chief Justice will continue to monitor the situation closely and will reassess the week of February 1, 2021, whether the judicial sittings schedule will have to be further altered. The Court and its Registry offices remain open, with the exception of the Hamilton office."

Tax Court of Canada to prioritize sittings for summer reopening