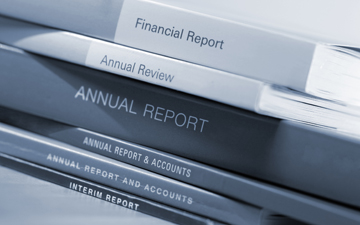 OTTAWA, Jan. 12, 2018 – For generations, Canadian accountants working for publicly listed companies generally only had to worry about presenting a healthy set of financial statements to investor shareholders who owned their stock. But times have changed in a big way.

Today’s CPAs, including executives and board members, need to report on a wide-range of efforts and results in diverse areas such as corporate governance, and initiatives to protect the environment, and the way they serve their local communities, to a much broader set of stakeholders, including its employees, customers, government regulators, and society-at-large.

According to the KPMG Survey of Corporate Responsibility Reporting 2017, 78 per cent of the world’s largest 250 companies by revenue, and 72 per cent of the 100 largest reporting organizations in Canada had incorporated summarized corporate responsibility performance indicators into their annual reports, says Bill Murphy, the firm’s national leader for sustainability services in Canada.

“These indicators can cover various types of new information in corporate financial statements — various economic, environmental and social impacts of the organization, both positive and negative, and are increasingly included in scorecards along with narrative commentary,” explains Murphy, who is based in Toronto.

Experts warn, however, that we are still in something of a wild west of an integrated reporting era.

Despite its potential flaws, integrated reporting has wide appeal.

“All things considered, I am convinced that any downfalls or shortages are more than covered by the benefits, since integrated reporting shows so much more than the economic outcome of the last year, or last quarter, etc. It can show what the business is really made of,” says Mats Olsson, a chartered accountant with Adrian & Partners AB in Goteborg, Sweden, who is also deputy chair of the International Federation of Accountants’ small and medium practitioners committee.

Nor is it just large, publicly listed companies that have begun adopting more expansive reporting practices. Olsson, who works almost exclusively with small and medium sized (SME) entities in his practice, says it is a stimulating challenge to work with SMEs and get them to think and report in an integrated fashion.

“If you can make someone interested in something else that they do it voluntarily, it’s almost always better than having something mandatory and rule based. I try to encourage my clients to report on information of value for their core business and information that will facilitate and ease their communication with stakeholders. It might be banks, suppliers, customers – the whole chain. Depending on the nature of the company, what you present differs a lot,” he explains.

“My overall experience is that this work is very much appreciated by the clients and that properly addressed and explained, they realize the value of it, and slowly but surely move in the direction of integrated thinking to begin voluntary integrated reporting over time. When they do that — and I’ve seen examples of that — they are better equipped to manage their business,” Olsson elaborates.

Olsson says the potential pros associated with integrated reporting include better, more forward-looking communication that also provides a fuller picture of what a company is doing, and how that affects different stakeholders.

Integrated reporting can also provide employees and management with a better understanding of what drives their business, which can assist them perform in a more sustainable manner.

However, there are potential cons to integrated reporting. Among them, “I think one of the greater dangers is that you as a company when lacking a standard for what to report, choose to report what is ‘good for you,’” says Olsson.

For example, he notes, a consulting agency might report on how many hours of training staff members get in an effort to make it easier to recruit by saying they educate a lot. But perhaps they do not report the turnover of staff, which could be due to poor management.

“You can, to a certain extent, dress the bride,” Olsson says. “The problem I see is more that different companies might choose what they want to disclose and in the absence of concise standards, this can tend to give too bright a picture of the company. It is not the ‘true and fair view’ we aim for in traditional reporting,” he stresses.

Indeed, many environmental groups around the globe have been very critical of the sustainability reporting of certain corporations over the past several years, accusing them of ‘greenwashing’ their results to make things look rosier than they really are, and of painting their company in a light they — the activists — believe bears little or no resemblance to reality.

Other potential cons include the possibility of driving up additional reporting costs, as well as reporting information that might be hard to audit.

“The specialists we use today are normally more traditional, financial specialists. I foresee that it can be much more. For example, we might need specialists when it comes to environmental issues [in assessing] the effects of someone’s business in the environmental area,” Olsson elaborates.

Jeff Buckstein, CPA, CGA, is an Ottawa-based business journalist. This is part of a series on voluntary reporting trends.

Financial Reporting Excellence in a World of Voluntary Reporting