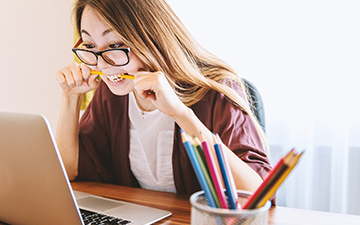 TORONTO, November 30, 2018 – The moment of anticipation is over. The CFE results are in and 6,163 men and women across Canada have passed this year’s CPA common final examination (CFE). The wait has been excruciating for many aspiring chartered professional accountants, with some reporting nightmares, stress and anxiety.

“This has been the most nerve wracking week of my life,” said yoshiiBeans on Reddit.

“I literally have PTSD from failing last year. I can't even work properly anymore whenever I have to use ctrl F lmao,” reported strictlybizness.

And “I've been having CFE result related dreams for the past month, before I even started getting anxious about it. I dread the moment of hitting CTRL+F and typing in my candidate number,” wrote tasherz.

The results were posted online at 10 a.m. EST. In a pleasant surprise, the recipient of this year’s Governor General’s Gold Medal award, Lawrence (Qianyu) Zhang, works at the homegrown national accounting firm MNP LLP. He receives a cash prize of $5,000.

Zhang was interviewed by CPA Canada and quoted in a press release. “The CPA path developed my technical expertise in a variety of subjects, such as audit, tax, finance and strategy,” said Zhang. “It also had an additional focus on enabling competencies such as problem-solving, teamwork and communication. These skills will help me prepare for a successful career in any industry and will be useful in other opportunities such as volunteering.”

Among the successful writers of the CFE was none other than Canadian Accountant student blogger Andrew Knapman. The resident of Vancouver holds the position of manager of accounting at the Chamber of Shipping BC, one of the largest and longest standing marine associations in North America. Loyal readers have followed Andrew’s journey through the CPA program from “Should I take university or CPA prep courses?” to “How much does it cost to take the CPA program in Canada?”

“The CFE is recognized as a rigorous and challenging test, so all of the individuals who passed are to be commended on their knowledge, skills and dedication,” said Joy Thomas, president and CEO, CPA Canada.” The exam takes place over three days and is designed to “assess candidates’ knowledge, judgement and ethics.”

The provincial associations tend to post the names rather than numbers of the successful writers. Hence the anxiety and gallows humour over pressing CTRL+F. Honour roll recipients are called ahead of time. Sixty-eight students made the Honour Roll, including Mr. Zhang and the following regional Gold Medal winners:

Despite its tough reputation, students should understand that candidates get three attempts to successfully complete the CFE, and the cumulative pass rate hovers around 75 per cent. The CFE appeal rate, however, is just 1.2 per cent. There were just seven successful appeals out of 574 registered in 2017 with CPA Ontario.

As one poster, BroodingBryanAdams, wrote on Reddit, “Today, good or bad, will be one of a handful of days that you will remember forever. If you pass, congratulations! If you need to write again, please have faith in your abilities – it’s a gut punch, but it just wasn’t your year and you’ll show them. It’s not uncommon for people on the Honour Roll to be repeat writers — just don’t stop here.”

Good news for students: CPA Canada to offer May 2020 CFE