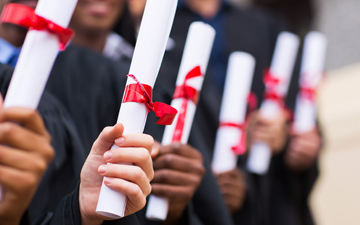 TORONTO, December 5, 2021 – Almost six thousand aspiring accountants successfully wrote the September 2021 Common Final Examination (CFE), according to CPA Canada, and are only steps away from finishing their quest to become Chartered Professional Accountants.

“The achievement for these dedicated individuals represents an important milestone on their way to becoming a member of our profession,” said Charles-Antoine St-Jean, CPA Canada’s president and CEO. “The commitment displayed in studying and writing against the backdrop of a pandemic gives us glimpse of the next generation of CPAs: strong, focused and unshakeable under pressure.”

As was the case in September 2020 and May 2021, every candidate was able to write the exam in an individually assigned hotel room to ensure that regional public health and safety guidelines were followed. “This approach prioritized safety but also maintained the integrity of the exam,” explained St-Jean adding “a special thanks goes out to all those made the sitting possible.”

Chartered Professional Accountant Gevorg Grigoryan, a CPA program coach and mentor, congratulations candidates on achieving a milestone in their professional career. “With a unique hotel room setting and new exam referencing software, this CFE required you to adapt your studies — which you succeeded in,” said Grigoryan.

“Candidates that I mentored said that thoroughly reading each technical topic and debriefing past CFE cases were crucial to passing,” added Grigoryan. “Candidates who were not successful should not simply memorize the material or skim through the cases. It's important to understand the differences between competent and non-competency responses.

“If you didn't pass the CFE, I suggest changing the way in which you approach the exam, such as assessing your CFE strategy, taking time for rest, following a study plan, and obtaining CFE support.”

Of the 68 CFE writers who made the Honour Roll, 30 were employed by the Big Four, while candidates from Grant Thornton/Raymond Chabot (6) and MNP (5) raised the profile of national mid-size accounting firms.

However, the recipient of the Governor General’s Gold Medal Award, as the September 2021 CFE’s top writer, was an employee of the Vérificateur général du Québec (Office of the Auditor General of Quebec) in Quebec City: Chloé Bourgault-Bourassa. M. Bourassa, in addition to the award, also receives a cash prize of $5,000.

Regional gold medals that came with a $2,500 cheque were awarded to three other students who topped the ranks of CFE writers in their part of the country. They were: