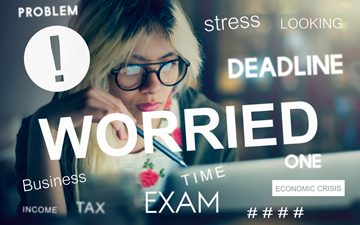 TORONTO, Jan. 7, 2020 – Acknowledging the "resilience" of candidates who wrote the September 2019 Common Final Examination (CFE), the national body of chartered professional accountants says a failing mark on the ill-fated professional accreditation exam will not count as one of a limited number of attempts (three) to pass. Chartered Professional Accountants of Canada (CPA Canada) released the results of the September 2019 CFE today, and stated that any student who did not pass will be eligible for a "free re-write" of the exam, along with access to the CPA Professional Education Program’s Capstone 2 preparatory module at no charge.

The extraordinary gesture essentially qualifies as a free "do-over" to those students who failed the test. Reportedly, 76 per cent of writers passed the 2019 CFE, down from 77 per cent in 2018. As first reported by Canadian Accountant, the CFE was beset with downloading delays and technical issues over the course of its three-day sitting, though much of the fallout affected students specifically on Days One and Two, and in exam-writing centres such as Edmonton. (However, one of the regional Gold Medal winners, Tyler Laith Yassin of PwC Canada, wrote the CFE in Edmonton.)

The three-day ordeal earned an infamous moniker, "Fyre Festival for accountants" — named after the disastrous concert debacle in the Bahamas inflicted on millennials — that spread quickly throughout Reddit and was picked up by media such as the CBC and Financial Post, and the millennial accounting website Going Concern.

As the apex of the CPA professional education program (CPA PEP), the CFE closely resembles its predecessor, the "famously difficult" Uniform Evaluation (UFE) examination of the Canadian Institute of Chartered Accountants, updated for a unified profession that now includes three legacy designations (CA, CGA, CMA). The failure of the exam provided ammunition to CPAs in all three legacy designations that did not support unification, with Professor Steven Salterio of the Queen’s University’s Smith School of Business, a well-known figure within the profession, calling the fiasco "a huge black eye on the profession,” and various individuals remarking on the reputation risk to the profession, particularly in regards to competence in the digital age.

There were many exclamation points and much talk of tears among the successful writers of the CFE on Reddit. Some students cited the technological issues: "I was in edmonton [sic] and dealt with all the bullshit. I passed. thank you CPA for being the worst stress i have ever dealt with. I am so excited to never write a case again." Others expressed support for fellow writers and mentioned past failures: "2 years ago I failed core 1 and thought I'd never make it to this day. Today I f*cking PASSED the cfe after hustling like I've neve hustled in my life!!! I balled... like a baby. CONGRATS EVERYONE."

Among those who failed, there was much discussion on the virtues of appealing the grades, and surprise at the low scores in performance management ("I’m so surprised to see so many failing for PM when it’s arguably one of the easier electives."). Most students did not discuss the the offer from CPA Canada of a rewrite but were instead (understandably) focused on their results rather than rewriting. Registration for the May 2020 CFE opens Saturday, February 1, 2020.

CPA Canada announced today that the official results are now available to students through its online portal, (International candidate results were sent via email while Quebec candidates can access their results here.) After commending those students who successfully passed the exam, CPA Canada stated that:

"Today’s results are the outcome of months of comprehensive work by the Board of Examiners (BOE), who are responsible for marking the examination. The BOE consulted with multiple experts, including a psychologist, two psychometricians, and past BOE chairs. In addition, a third psychometrician was retained through Borden Ladner Gervais LLP as part of the third-party review. A summary of the Board of Examiners’ marking process is available here and findings from the third-party review is available here.

The Board of Examiners would like to acknowledge the resilience of candidates who wrote the September 2019 Common Final Examination (CFE), in light of what was a challenging situation for many. In reading the responses from candidates who wrote in centres affected by challenges, the BOE noted that many candidates were able to draw on their technical training and their CPA enabling skills to prepare strong responses. Candidates are commended for their ability to perform under these trying circumstances.

During the marking process, there were several adjustments made in consultation with multiple experts, in order to account for factors that included start time delays and lack of access to reference materials."

The distinction of being the 2019 CFE top writer and recipient of the Governor General’s Gold Medal award goes to Michael William Wong, who works at Deloitte Canada in Toronto. The regional Gold Medal awards also went to employees of the Big Four:

A complete list of the honour roll members is available at cpacanada.ca/CFEHonourRollList. In the past, Canadian Accountant has scoured the Honour Roll list for intriguing stories and trends, such as our profile of two honour roll students from the small Ontario accounting firm of Bridgman & Durksen: "Outlier: Bridgman & Durksen Chartered Accountants." We will do a similar breakdown later this month. There is no indication at the current time that CPA Canada intends to make changes to the three-day examination process.

How is the CPA CFE marked?

Part two of a five-part series on the Common Final Examination, from Andrew Knapman, CPA
Students