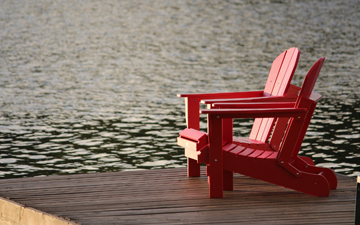 Welcome to the black money, underground economy of the construction sector. My cottage can wait for an honest worker

TORONTO – I’m building a cottage in Muskoka. My contractor has strict instructions that all workers have to be paid on the books. But he can’t find employees and my cottage construction has been delayed.

Welcome to the black money, underground economy of the construction sector, where income is illegally obtained or not declared for tax purposes, a priority and focus of the Canada Revenue Agency.

My contractor advertises for workers on Kijiji. One man decides that the work and rate suit him and he drives up from Orillia, about one hour away, to do the work. After two hours, he walks off the job when he realizes he will be paid by cheque, with source deductions taken off. He unabashedly admits to being on welfare and says he can’t show the income.

Other workers ask first if they’ll be paid in cash and won’t accept the work otherwise. While most give no reason for declining the work, some have no qualms about saying they are collecting WSIB benefits, EI or welfare.

My cottage building plans call for tongue and groove pine. The contractor found a lumber broker who had slightly better prices than anyone else, so he placed the order and received an invoice with no charge for HST. He was immediately suspicious and did some research about the broker who, as he discovered, was known to the Better Business Bureau for taking payment and either not delivering or delivering an inferior product.

The contractor was subsequently contacted by the Ontario Provincial Police to find out if he had been victimized, as others had been, because the broker was to be charged criminally.

The lumber broker was targeting homeowners and builders in the black money sector and trying to defraud them. By sending an invoice with no HST he was hoping for cash payment. He would then deliver inferior lumber and the purchaser would be without recourse.

Many homeowners willingly pay cash in order to avoid paying HST when their roof is reshingled or siding replaced. They end up with no warranty or protection in the event of shoddy work. However, they are also assisting the contractor in tax evasion. Not only is the supplier not paying HST, he or she is certainly not declaring the payment for income tax purposes. So this 13 per cent cash saving with the HST leads to a 45 per cent income tax loss to the system when the contractor does not declare the income.

Cash received by the lumber broker or roofing contractor is now black money — cash that is part of the underground economy. What happens to it?  It has to be laundered, an activity becoming more difficult every year, due to the Financial Transactions and Reports Analysis Centre of Canada (FINTRAC).

The cash paid off the books by the homeowner has severe implications for us all. The underground economy is estimated at $41 billion. This means a loss of taxes of between $10-$20 billion annually that has to be met by the tax-paying public. Statistics Canada has estimated that almost $444 billion of unreported income was earned in Canada from 1992-2008, excluding illegal activities, by average Canadians who are not declaring their income.

Say what you will about offshore tax evasion schemes for the wealthy, but thousands of average Canadians are participating in tax evasion that hurts us all. To those folks I say, if you have undeclared income, you can avoid prosecution and penalties and come back into the tax system through a voluntary disclosure.

If you’re an average homeowner, you can fight the underground economy by using cheques or credit cards and making sure you receive a receipt. I refuse to participate in the black money, underground economy, as we all lose in different ways.

My cottage can wait for an honest worker.

David J Rotfleisch, CPA, CA, JD is the founding tax lawyer of Rotfleisch & Samulovitch P.C., a Toronto-based boutique tax law firm. With over 30 years of experience as both a lawyer and chartered professional accountant, he has helped start-up businesses, resident and non-resident business owners and corporations with their tax planning, with will and estate planning, voluntary disclosures and tax dispute resolution including tax litigation. Visit www.Taxpage.com and david@taxpage.com.

Top image by MonikaDesigns from Pixabay.