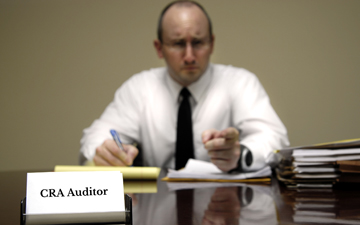 OTTAWA, August 22, 2018 – Nine out of 10 accountants and auditors at the Canada Revenue Agency (CRA) believe Canada’s tax system benefits corporations and wealthy Canadians. They want to see funding of the CRA returned to pre-2012 levels and reinvested in employee training and technology to keep pace with the complexity of tax avoidance schemes.

The Professional Integrity, Workplace Satisfaction and Tax Fairness Survey results were released this week by the Professional Institute of the Public Service of Canada (PIPSC), which surveyed a subgroup of its members known as the Audit, Financial and Scientific Group (AFS). Of the survey respondents, 79 per cent are classified as auditors by the federal government.

Daviau credits the Trudeau government with investing “significant amounts” in the CRA since 2016, the year of the Panama Papers, when 11.5 million tax-related documents from the Panamanian law firm Mossack Fonseca were published by media outlets around the world.

However, says Daviau, “there remains a $500-million annual gap in CRA funding compared to 2012, when the former Harper government announced massive cuts to the agency’s budget. That’s money that should be reinvested in next year’s federal budget to bolster employee training and technology and to strengthen additional efforts to ensure tax fairness.”

According to the survey results, the majority of CRA auditors believe inequities exist in both the national tax system and international treaties, benefitting wealthy Canadians and corporations respectively.

Eight of 10 respondents agreed that “Tax credits, tax exemptions and tax loopholes disproportionately benefit corporations and wealthy Canadians compared to average Canadians.” Seven of 10 respondents agreed that  “Multinational corporations shift profits to low-tax regions even when there is little to no corresponding economic activity taking place in that jurisdiction.”

Budget cuts and “political interference” appear to weigh heavily in the minds of CRA auditors, who believe the CRA has neither the technology, training or capacity to properly enforce tax laws. While the survey did not ask for years of experience with the CRA, almost half of respondents were over the age of 50, presumably long-standing employees of the civil service.

Almost eight in 10 respondents say CRA technology has not kept pace with tax avoidance schemes. Only 16 per cent believe the CRA has adequate coverage capacity to apply tax laws fairly across the country. Eight in 10 believe the CRA could raise more revenue by applying the rules already in place.

In its accompanying report, the union representing auditors, managers, forensic accountants, economists, statisticians, and actuaries is critical of budget cuts that occurred under the “expenditure reviews” of the Conservative government of Stephen Harper in 2012. Four of 10 respondents said “The ability of the CRA to carry out its mandate has been compromised by political interference,” while almost four in 10 believed the internal restructuring led to “average Canadians, charities and small business being targeted more relative to wealthy Canadians and corporations.”

According to the report, “These responses by thousands of tax professionals with special knowledge of the inner workings of the tax system provide a unique opportunity to see how the opinions of experts align with many commonly held beliefs about the fairness of Canada’s tax system. Nobody knows better how income from all sources is assessed and turned into tax revenue.”

How effective is the CRA at closing Canada’s tax gap?

How good is the Canada Revenue Agency at closing the tax gap? We’ll find out this year from the Parliamentary Budget Office if the CRA has indulged in PR spin.