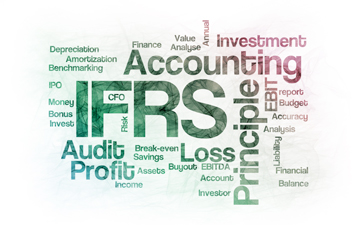 NO doubt supporters of the new CPA designation can point to ostensible improvements in the evolving role of accountants in Canada. Nevertheless, serious issues are mounting that must not be dismissed. IFRS, in particular, carries deep risks for the credibility of accountants and our future place in society. A time for reflection is long overdue.

It was not until the early 1970s that companies and securities acts in Canada delegated certain specific financial reporting powers directly to external auditors. This empowering legislation deferred to “generally accepted accounting principles” (GAAP). Auditors and their clients thus gained a substantial power base on which to decide the level of financial reporting quality for all of Canada.

A focus on liquidity and accounting-for-management decisions has suffered from Canada’s slanted teachings of excessive, pliable accrual and non-cash accounting.

History might have been much different with a more balanced focus. One only needs to consider some well-known Canadian business failures tied closely to major deficiencies in liquidity reporting: Castor Holdings, Sino-Forest, Nortel, Hercules Managements, Canadian Commercial Bank, Northland Bank, and many more.

Likewise, private company reporting has become heavily influenced by a non-cash focus that has opened gaps between what accounting provides and what investors and creditors need. The origins of financial reporting in the mid-1800s, mainly in England, were designed to tell shareholders what “actually happened” in a time period for finalized third-party transactions. Excessive combining of actual results with overzealous management accruals, such as capitalized lease estimates, disguises the desired what-actually-happened dollar figures. Decisions thus are forced to be based on biased non-cash-like numbers.

The problem with IFRS

Furthering the disconnect, IFRS was chosen by the auditors of Canada some years back, which led to the introduction of countless other non-cash adjustments and unsupportable valuations. IFRS is a significant step backwards in many regards for users of financial statements, especially with the added power of management to influence income, cash flows, asset values and the like, with little more than their judgment and inherent biases. IFRS allows too many “cover-ups” by unsuccessful corporate entities.

When this opportunity is combined with a motivation to push the limits of financial reporting (perhaps for compensation benefits), the results can be devastating for financial statement users by allowing exaggerated portrayals of profits and operating cash flows to appear in audited form.

Several fundamental, essential cross-checks that existed for decades within the old Canadian GAAP were tossed aside by IFRS. Requiring an actual third-party transaction (realization) before recording revenue and profit has been replaced by management’s unsubstantiated balance sheet valuations.

Attempts to match expenses against revenue were downplayed by IFRS, leading to cases of unsupported profits, unwarranted dividends and bloated stock prices.

Conservatism, where doubt existed, was dropped, as was the need for collection of cash being reasonably assured on a timely basis.

Especially glaring in IFRS are examples of reporting profits today when cash is not even due for a decade or more. In short, IFRS in Canada does not require management’s enthusiastic actions and assumptions to be effectively policed.

IFRS is not a reality that many accountants outside of the external auditors find reasonable in their day-to-day practice. The role of the accountant already suffers from significant eye-rolling by finance professionals who understand that third-party cash-based reporting and realized transactions are paramount. They see little value in managers opining on the value of their own assets within aggregated reported numbers.

Do you care what your neighbour thinks their house is worth or do you want to see what someone else actually pays for it?

IFRS is making further strange moves with IFRS 9 Financial Instruments and IFRS 16 Leases, which are being adopted in 2018 and 2019, respectively. You can look forward to losses being recorded even absent of any impairment, and likewise, operating leases being put on the balance sheet and skewing countless key financial metrics and ratios.

As Canada’s adoption of IFRS is more and more looking narrow-minded and auditor-focused, it will take significant efforts by accountants in every other role to apply a broader-based mindset that first considers cash, liquidity, realized gains, and the other needs of investors and creditors.

In doing so, try to avoid spouting the many sales pitches that accompanied the auditor-biased introduction of IFRS, like the myth that it provides greater comparability. Unless you’re an auditor, you don’t have any obligation to peddle such nonsense. Think of your future and the integrity of your profession instead.