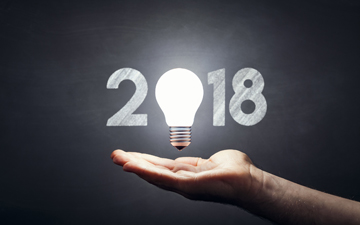 TORONTO, January 30, 2018 – What does 2018 have in store for the Canadian accounting profession? It won’t be easy to match 2017 for the sheer drama of its small business tax revolt, tax haven leaks and public practice takeovers, but megatrends in demographics, technology and politics are driving transformational change in Canadian accounting. After consulting with industry insiders and studying the trend lines, here are 10 fearless predictions for Canadian accounting in 2018:

1.  Bill Morneau will be shuffled out of finance.
No other minister in the Trudeau government had as much impact — most of it negative — on the accounting profession in 2017 as the current finance minister. His failure to implement Justin Trudeau’s campaign platform of tax reform damaged the Liberal government and Morneau himself. Watch for Morneau to be quietly shuffled into another Cabinet post (international trade?) this spring.

2.  The Canada Revenue Agency will win big.
Maybe it’s the Loblaw’s offshore tax case slated for court in April. But after hounding diabetics and PayPal users, the CRA desperately needs a big win for the Trudeau government to save face on tax fairness with voters. The CRA proved it was willing to play hardball when it threatened to drag Galen Weston into court — a potential public relations disaster for a company already accused of fixing the price of bread.

3.  The Trudeau government will avoid corporate tax reform.
“Fool me once …” Getting burned by small business on incorporation reform was enough for Trudeau. The Liberal government wants no part of a fight against corporate Canada over tax loopholes, let alone reforming the Income Tax Act, no matter how much opposition members in Parliament and the Senate hope they will fall for the bait.

4.  Accountants will repatriate their clients’ money from tax havens.
The Panama and Paradise Papers proved no offshore account is safe from the prying eyes of hackers hell-bent on exposing global tax avoidance and evasion. Watch for more tax haven hacks in 2018 that will further embarrass democratic governments. And watch for at least one government to try jailing a tax haven hacker. Still, corporate and HNWI clients will demand domestic strategies.

5.  Two-factor authentication will become the norm.
And it’s about time. In 2017, we learned that Deloitte, a giant in cybersecurity and multi-factor authentication consulting, had been hacked for failing to follow its own advice and implement 2FA on its own internal systems. Cybersecurity walls are going up around the world. Even at the Big Four.

6.  Consolidation will accelerate in public practice.
Demographics, succession planning and growth are driving SME consolidation across the Canadian accounting profession. 2018 will be an unprecedented year for mergers and acquisitions. Baby boomer practitioners will look to sell their firms to an ever-decreasing pool of buyers, placing pressure on business valuations. Part of that consolidation will occur because …

7.  Another global accounting firm will buy into Canada.
The 2017 launch of RSM Canada by global accounting giant RSM International will cause at least one more foreign takeover of a Canadian accounting firm to occur in 2018. But once the full weight of RSM’s marketing resources are behind RSM Canada, anything could happen — like the merger of two mid-tier Canadian firms — and that will eventually lead to ...

8.  The first signs of a coming crisis will appear in public practice.
New data indicates a coming wave of retirement in public practice. The CPA associations, previously distracted by unification, will now talk openly about promoting public practice as a career option to young CPAs. In five years, if engagement fees rise due to consolidation, watch for small business groups and chambers of commerce to lobby provincial governments for regulatory change.

9.  Donald Trump will start a war.
Could be a military war with North Korea or Iran. Could be a trade war with Canada, Mexico or China. But Trump, with mid-term elections coming in November and a special counsel breathing down his neck, will cause management accountants migraines by futzing with exchange rates, commodity prices and access to the U.S. market.

10.  The Canadian accounting profession will be fine.
Despite disruptive demographic and tech trends, accounting will continue to be a stable, affluent profession in 2018. The combination of tight labour markets and high demand for specialized accounting, finance and technology skill sets will be the rising tide that lifts all boats. Meanwhile, new initiatives in audit quality indicators, key audit matters and financial regulations will be beneficial to business.

But watch out for 2019. Or maybe 2020, when fintech, Blockchain and AI gain a real hold in financial services and operations, disrupting labour markets and public practice.

What do you think of our predictions? Add your comments and your own predictions to the section below. Colin Ellis is the managing editor of Canadian Accountant.

The Top 10 Canadian Accountant stories of 2017