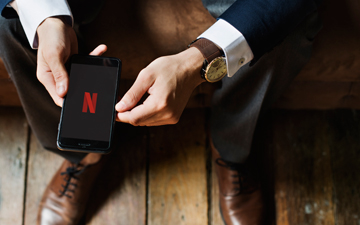 TORONTO – In our recent post,we surveyed the various proposals in the Liberal Party of Canada 2019 Election Platform. This post does a deeper dive on a specific tax reform proposal in the election platform aimed at the digital sector. Under the weighty heading "New Revenue: Making Taxes More Fair," the election platform promises that "multinational tech giants [must] pay corporate tax on the revenue they generate in Canada ... to ensure that international digital corporations whose products are consumed in Canada collect and remit the same level of sales taxation as Canadian digital corporations."

The proposed corporate tech tax is notionally modeled after a similar proposal put forward by the French government, which contemplates a 3% tax on the income of businesses operating in the digital sector, in particular "targeted advertising services" and "digital intermediation services". The tax would apply to businesses with worldwide revenues of at least $1 billion and Canadian revenues of more than $40 million. The election platform projects revenues of $500 million in the first year of the new tax (2020 - 2021), increasing to over $700 million by 2023 - 2024.

The proposed tech tax appears to have the same public policy DNA as the "Netflix tax," over which much (digital) ink has been spilled in the debate around the appropriate rules for a modernized communications law framework in Canada. In fact, the Netflix tax has proved to be the ultimate public policy Rorschach Test: some commentators view the Netflix tax as a mere adjustment in tax policy to ensure that online digital providers such as Netflix and Amazon Prime Video charge sales tax to level the playing field with competitive domestic services, such as Crave TV, who are required under Canadian law to collect and remit sales tax.

Other industry stakeholders envisage a "Netflix tax" as a more wieldy public policy sword, one which would require foreign video streaming services to make financial contributions toward the creation and discoverability of Canadian content. In fact, this more ambitious version of the Netflix tax is what the Minister of Canadian Heritage may have had in mind in his response to an interim report of the Broadcasting and Telecommunications Legislative Review (BTLR) Panel. The Minister tweeted that "everyone has to contribute to our culture. That's why we will require web giants to create Canadian content + promote it on their platforms." This announcement may arguably have pre-empted the final recommendations of the BTLR Panel, but that's another story.

So where on the public policy ledger should we book the election platform's proposed tech tax? Some commentators have been critical of the sheer ambitiousness of the proposed tax, arguing that it goes far beyond merely "levelling the playing field" on matters of sales tax, alleging that a "bigger tax grab lurking in the Liberal platform is advance acceptance of the emerging global scheme to allow national governments to tax profits that are recorded by tech giants in other jurisdictions, mainly the United States."

Even apart from its legal grounding, the revenues projected by the election platform have come under significant scrutiny. The Parliamentary Budget Officer (PBO) has concluded that the projected revenues for the tech tax included in the election platform "has high uncertainty," due primarily to the difficulty in accurately estimating the tax base, along with data volatility which creates much underlying uncertainty in the tax base projection. The PBO also points out that the impact of the proposed tech tax depends critically on global tech companies' worldwide revenues, information which Statistics Canada does not collect. Further, businesses in the targeted sectors may well adjust their services and prices in response to the new law. These behavioural changes are difficult to estimate and depend on a strong assumption, which adds uncertainty to the estimate.

As noted above, the proposed tech tax is modeled after a similar proposal by France, which the French government implemented despite international efforts among members of the OECD to design a multilateral approach to taxing multinationals. In fact, as part of the ongoing tit-for-tat trade measures between France and the Trump Administration in the U.S., France backed down on its proposal, agreeing to refund the difference between its proposed tax and the harmonized instrument that will ultimately be formulated by the OECD.

Thus, it appears that there are clearly a number of moving parts associated with the global process to establish a harmonized approach to value added (i.e. HST) taxation models for digital services such as Netflix. It remains to be seen whether the proposal found in the election platform will ultimately come to fruition or whether it will have to be filed under the category of "unrealized electoral promises."

Stephen Zolf is a partner, specializing in media and telecom regulation and competition/foreign investment law, at Aird & Berlis LLP in Toronto.

Why the side hustle is a threat to professional accountants