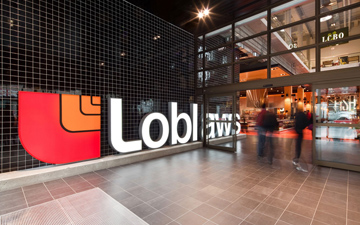 TORONTO, Apr. 26, 2020 – In a case that is sure to attract media attention and substantial legal commentary, the Federal Court of Appeal has ruled that Canadian grocery giant Loblaws did not use a Barbados subsidiary as a tax shelter, because its financial dealings met the foreign accrual property income (FAPI) provisions in the Income Tax Act. The decision overturns a $368 million tax charge in favour of the Canada Revenue Agency against Loblaw Financial Holdings Inc., a wholly-owned subsidiary of Loblaw Companies Limited, which is controlled by George Weston Limited.

The case dates back to the early 1990s. Loblaw was concerned about proposed tax changes negotiated under the Dutch-US Treaty and, to a lesser extent, the Canada-Dutch Treaty, that could negatively impact its financing subsidiary in the Netherlands. It chose to incorporate a new subsidiary called Loblaws Inc. in Barbados in 1992. A year later, it changed the name to Glenhuron Bank Limited (GBL), a subsidiary of Loblaw Financial Holdings Inc., and obtained a Barbadian banking licence in 1993. The government argued the move was solely "to obtain tax benefits."

In the Tax Court of Canada ruling, Loblaw Financial Holdings Inc. v. The Queen, the government claimed GBL received its initial capital from other Loblaws entities, and any earnings derived from those funds would have been taxed. The key question in Federal Court of Appeal ruling, however, was not where did the money come from, but who did GBL principally conduct business with, in compliance with regulations.

In a lengthy decision (Loblaw Financial Holdings Inc. v Her Majesty The Queen), Justice Judith Woods wrote that the Tax Court of Canada decision was “built on an interpretation of the applicable legislation which significantly overreaches and contains errors of law.” She agreed with the submissions of Loblaw’s lawyers and ruled that GBL met the arm’s length requirement of an “investment business,”  as the bank's business was predominantly with arm's-length customers, not the parent.

(GBL, which was initially run by PricewaterhouseCoopers LLP, until the bank hired its own staff, traded mostly in debt securities, cross-currency swaps and interest rate swaps. Most of the income came from investments with unrelated parties.)

The ruling is sure to benefit shareholders. Loblaw booked a $367 million in the third quarter of 2018 to account for the ruling by the Tax Court of Canada. GTL was liquidated in 2013, when Loblaw used its capital to help buy Shoppers Drug Mart, for $12.4-billion in cash and stock. Justice Woods has referred the CRA’s reassessments back to the Minister of National Revenue. The judge also awarded costs to Loblaw Financial of $1.8 million plus reasonable disbursements.

Loblaw had sought increased costs in the case based on settlement offers it made and in light of “certain conduct” by the Crown. The judge sided with the Crown instead, stating: “There is no reason for me to believe that the Crown took positions that were not justified in the circumstances.”

Barbados has a long history of tax avoidance dating back to the ratification of tax treaties in the 1980s. As reported by the CBC in 2016, Auditor General Denis Desautels dedicated an entire section of his annual report in 1992 to the "schemes" companies use to shrink their tax bills. Desaultels cited an unnamed Canadian company that shifted $318 million to a Barbadian subsidiary.

Spokespersons for Canadians for Tax Fairness and the Canadian Taxpayers’ Federation denounced the decision to the Financial Post and Postmedia. Both organizations argued that the case was evidence that the federal government is not serious about offshore tax avoidance and evasion and that corporate tax law was “too loose” in Canada. While the Minister of National Revenue has not commented on the case, Loblaw emailed a statement to the media that it was pleased with the reversal, which confirmed that the company was compliant in its tax filings.