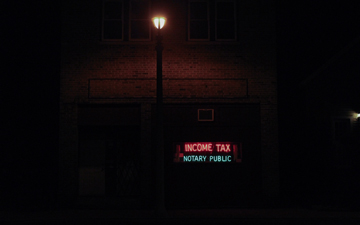 TORONTO, Jan. 23, 2019 – Canadian tax authorities are actively reviewing the files of an unnamed Central American financial institution that was the target of a coordinated crackdown on tax evasion by tax authorities from five countries. In a statement provided to Canadian Accountant, the Canada Revenue Agency confirms that no Canadian residents have been detained at this time and there have been no searches on Canadian properties.

“However, the CRA remains an active participant in this operation, and will be reviewing the files of Canadian taxpayers involved with the financial institution at the heart of this operation,” said Eric Ferron, the CRA’s director general of criminal investigations. “The CRA will take appropriate actions to address any identified non-compliance issues and may conduct investigative steps, such as interviews, if deemed appropriate.”

The internationally coordinated “day of action” is the first major operational activity for the Joint Chiefs of Global Tax Enforcement. The so-called J5 was formed in mid-2018 to lead the fight against international tax crime and money laundering and brings together leaders of tax enforcement authorities from Australia, Canada, the UK, U.S. and the Netherlands.

“The operation announced today by the J5 sends a clear message to tax evaders that the international tax community is cracking down on international tax crime,” said Ferron in today’s official announcement. “I am very pleased with the role the Canada Revenue Agency (CRA) is playing in the first major operational activity for the J5. This coordinated operation shows that the collaboration between J5 countries is working.”

According to the joint announcement, the action occurred as part of a series of investigations in multiple countries into an international financial institution located in Central America, whose products and services are believed to be facilitating money laundering and tax evasion for customers across the globe.

Latin and Central America have a reputation for tax havens, evasion and avoidance. Whereas countries belonging to the Organisation for Economic Development collect an average 8.2% of GDP through personal income tax (the most redistributive type of tax), the countries of the region raise only 1.6 % of GDP. Due to tax evasion and avoidance, Latin America lost approximately 6.3% of its GDP in 2017, amounting to US$335 billion.

It is believed that, through this unnamed institution, a number of clients may be using a sophisticated system to conceal and transfer wealth anonymously, to evade their tax obligations and launder the proceeds of crime.

The coordinated day of action involved evidence, intelligence and information collection activities such as search warrants, interviews and subpoenas. Significant information has been obtained as a result and investigations are ongoing. It is expected further criminal, civil and regulatory action will arise from this in each country.

The unprecedented, coordinated international effort was sparked by information obtained by the Netherlands Fiscal Information and Investigation Service, which has a growing reputation for aggressive crackdowns. According to David Rotfleisch, a prominent Canadian tax lawyer and accountant, the joint announcement is the latest response to the Panama Papers allegations. “The fact that the bank is located in Central America suggests that it was identified as part of information revealed from the Panamanian law firm of Mossack Fonseca although it was based on information obtained by Dutch tax authorities,” says Rotfleisch. “The Panama Papers leaks are arguably the trigger that caused the formation of the J5 in the first place.”

Canadian tax authorities would not comment extensively on the possible involvement of Canadian citizens but appear vigilant in reviewing the files of the financial institution. “The CRA will also review the hundreds of names with Canadian links to determine if referrals to criminal investigations, civil audit or to other enforcement agencies or tax authorities are warranted,” says Ferron. “While we can only provide limited information on ongoing investigations in order to ensure their integrity, more information on actions will be made public when appropriate.”

Australian authorities were quick to announce the involvement of “hundreds of Australians,” in alleged activity that “may have been going on for several years,” who are expected to face criminal and civil charges in the tax evasion bust. Australian Tax Office (ATO) deputy commissioner Will Day stated "We are commencing investigations into a smaller number of those to begin with, who we suspect have undeclared income. Following this week’s activities, we expect the information gathered to inform further potential risk reviews and prompt further investigations into more clients."

The coordinated effort between the five countries may be the first of further tax evasion busts to come. “Tax evaders beware; today’s action shows that through our combined efforts we are making it increasingly difficult for taxpayers to hide their money and avoid paying their fair share,” said Ferron today.

Simon York, chief and director of Her Majesty's Revenue and Customs (HMRC) 's Fraud Investigation Service in the U.K., stated: “Working together, HMRC and our J5 partners are closing the net on tax criminals, wherever they are, to ensure nobody is beyond our reach. The message to them is clear – the J5 are closing in.”

ATO deputy commissioner Dyce told the Guardian that, as part of the day of action, the ATO sent letters to a small number of Australian clients of the company. “It’s going to be scary for the people who receive the letters. They won’t expect this. We’re starting off with a small number of enquiries and we’ll extend our activities after that. We encourage people to come forward and talk to us if they think they may be affected, and it can result in a faster and slightly less painful resolution.”

By Canadian Accountant staff with files from the Canada Revenue Agency.

The CRA is sending a clear message that tax evasion does not pay, says David J. Rotfleisch