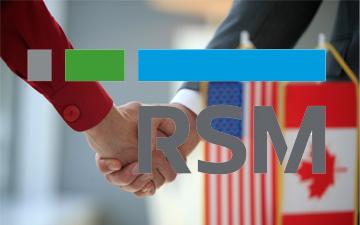 The Real Economy: Canada has opportunity to be a carbon capture leader

TORONTO, Jan.22, 2020 – Accounting and advisory firm RSM Canada says the United States will help drive robust economic growth over the next two years in Canada, once COVID-19 vaccinations have taken place. In Volume 8 of The Real Economy (Canadian edition), RSM Canada states that integrated trade with its largest trading partners hold the key to Canada’s economic fortunes. Canada will benefit from the reopening of the domestic economy coupled with a reduction in trade friction, though the economy is not likely to reach full capacity to produce until 2023.

This week’s inauguration of U.S. President Joe Biden signals a new era in trade relations between the two countries. As The Real Economy suggests, “one might make the case that [the two nations] are one large integrated economy separated by two currencies.” President Biden’s executive order cancelling the permit for the Keystone XL pipeline — which was part of the Democrats party platform and telegraphed throughout the election campaign — occurred after the publication of The Real Economy.

However, this edition includes an entire section on a rare economic opportunity for Canada, to be a leader in environmental technology called carbon capture and storage. “Rolling out such a technology in a broad way across industrial and energy sectors would lead to a significant reduction in harmful emissions while also providing an economic shot in the arm, just when Canada needs it most.”

Among the key findings in the RSM Canada report are:

Canada’s long-term economic prospects will largely depend on expansion of U.S. and global trade

Economic growth shows promise, but will be uneven across sectors

Decades of underinvestment leaves Canada with a daunting infrastructure deficit