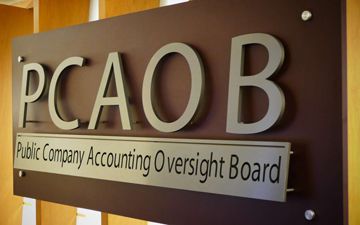 Appointments radically change the composition, outlook of the Public Company Accounting Oversight Board

TORONTO, Dec. 13, 2017 – Christmas has come early for financial deregulators in the United States. On Tuesday, the U.S. Securities and Exchange Commission (SEC) named William Duhnke, a long-time Republican Senate aide, to the top accounting position in the country, Chairman of the Public Company Accounting Oversight Board (PCAOB).

The appointment prolongs the pattern of the Trump administration to promote anti-regulation officials to key government posts. The PCAOB is a non-profit corporation that polices the accounting profession and comes with some of the highest-paying jobs in financial regulation.

Duhnke lacks any experience in the auditing profession. He is a member of what the Wall Street Journal recently dubbed the “Shelby Mafia,” a network of current and former aides to Alabama Republican Richard Shelby, the Senate Banking Committee Chairman known primarily for presiding over little action on legislation and nominations.

The appointment brings to an end the tenure of James Doty, a veteran securities lawyer and SEC general counsel, who has run the PCAOB since 2011. During the Doty era, the PCAOB, which was created in the wake of the Enron financial reporting scandal, had an often contentious relationship with the accounting profession and business community. In November, the PCAOB introduced “critical audit matters” rules to U.S. financial reporting, a move unanimously approved by the SEC.

Four new board members were appointed to the PCAOB, together with Duhnke: J. Robert Brown, Kathleen M. Hamm, James G. Kaiser and Duane M. DesParte. Two of the four have close ties to the Big Four. DesParte will retire from his position as senior vice-president and corporate controller at Exelon Corp. He was previously an audit partner at Deloitte and worked for Arthur Andersen. Kaiser is a partner at PwC and has held numerous senior positions over his 38-year tenure.

“Bill, Jay, Kathleen, Jim, and Duane bring substantial experience to the board and a shared commitment to serve in the interests of our Main Street investors,” said SEC Chairman Jay Clayton. “Their individual and collective talents position the PCAOB to execute its mission effectively in our local, national, and international markets.”

The new composition of the PCAOB will face two key issues: the authority of the PCAOB to examine audits of Chinese companies listed on U.S. stock exchanges and the growth of consulting services at the Big Four. The PCAOB is also expected to revisit the regulatory regime of the 2002 Sarbanes-Oxley Act.

President Trump campaigned on changes to Sarbanes-Oxley and the Dodd–Frank Wall Street Reform and Consumer Protection Act. Upon appointing Clayton, the President stated the new SEC chief will “play an important role in unleashing the job-creating power of our economy by encouraging investment in American companies.”