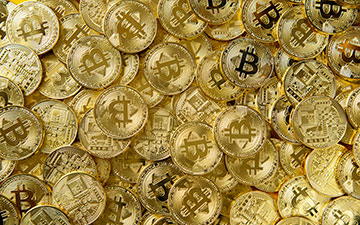 Tax laywer and accountant David J. Rotfleisch on how the CRA sees cryptocurrencies

Introduction: What is Cryptocurrency in the Tax Law Context

The CRA's guideline lists several factors in determining whether income from a disposition of a cryptocurrency is considered business income or a capital gain for Canadian Tax purposes:

The Issue with the CRA's Characterization of Cryptocurrency as a Commodity

As mentioned above, one of the most important implications in the characterization of cryptocurrency as a commodity rather than currency is the obligation to remit GST/HST when trading cryptocurrency for other cryptocurrencies, for government-issued money, or for goods and services.

GST/HST is imposed on every recipient of a taxable supply made in Canada. While the tax is levied on the recipient of a taxable supply, the person who makes the supply bears the obligation actually to collect the tax. Moreover, per its administrative policy, the CRA will generally pursue not the recipient but the supplier for outstanding GST/HST. A taxable supply is the provision of property or a service in any manner that is made in the course of commercial activities. A commercial activity" includes both "a business" and "an adventure or concern in the nature of trade," but it excludes such activities if they constitute an "exempt supply."

A Supply of financial service is exempt from GST/HST. A "financial service" includes "the exchange, payment, issue, receipt or transfer of money." The ETA's definition of money appears at subsection 123(1):

There are cases in Canadian case law supporting the position that cryptocurrency is money. For example, the Supreme Court of Canada stated in Reference re Alberta Statutes—The Bank Taxation Act

The ruling from the Supreme Court of Canada, coupled with ETA's rather broad definition of cryptocurrency, can likely support a position that cryptocurrency is to be characterized as money and therefore falls under exempt supplies under the ETA.

While a taxpayer may have good reasons to believe CRA guideline's characterization of cryptocurrencies as commodities is wrong, or as a transaction on income account instead of capital gains, it can nevertheless be expensive and time consuming to go through the objection and judicial review process against the CRA. It would be advantageous to retain an expert counsel as soon as the issue of reporting cryptocurrency income arises. Doing one's due diligence can often prevent further reassessments by the CRA past the three year normal reassessment period.

David J. Rotfleisch, CPA, CA, JD, is the founding tax lawyer of Rotfleisch & Samulovitch P.C., a Toronto-based boutique tax law firm. With over 30 years of experience as both a lawyer and chartered professional accountant, he has helped start-up businesses, resident and non-resident business owners and corporations with their tax planning, with will and estate planning, voluntary disclosures and tax dispute resolution including tax litigation. Visit www.Taxpage.com and email David at david@taxpage.com.

How are Canadian companies reporting cryptoassets?