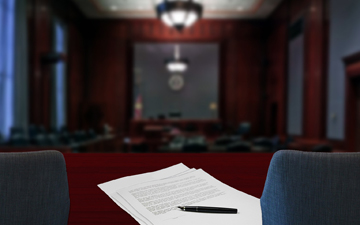 But under certain conditions, accountants may represent taxpayers in Tax Court

Introduction: Appeals to the Tax Court of Canada

Canada's various taxing statutes provide detailed administrative procedures for disputing reassessments including most importantly income taxes and GST/HST. As a final resort, those taxpayers who are unhappy with their results can file an appeal to the Tax Court of Canada and ask the Tax Court to issue a judgment on their case.

The Tax Court of Canada is a statutory Superior Court, meaning that it operates in a similar manner to the Courts of inherent jurisdiction in Canada such as the Ontario Superior Court of Justice.  However, unlike the Courts of inherent jurisdiction, the Tax Court's decision making powers are limited by the Tax Court of Canada Act. Its powers are further limited to the various taxing statutes which are specifically named in its enabling legislation.  The Tax Court also has none of the typical powers of a Superior Court, such as the prerogative writs, or the ability to provide equitable relief; its powers are limited to either confirming, varying or vacating a tax assessment as per its statute.

Nonetheless, the Tax Court utilizes processes that are similar to the Superior Courts with complicated rules related to evidence, discovery and procedure.  That means that the process is complex, and taxpayers must make provision for the use of a Canadian tax litigation lawyer to argue their tax case to maximize their chances of a successful outcome.

In general, with respect to the Tax Court of Canada the rule is that taxpayers may represent themselves, or be represented by a lawyer called to the bar in one of the provinces of Canada.  There is an exception in the Informal Procedure, which operates akin to a "small claims court," that allows agents [for example, an accountant] to represent taxpayers where the tax amounts at issue are smaller, normally below a threshold of $25,000.

However there has been some disagreement by the judges of the Tax Court as to who can properly represent a corporation in a general procedure appeal.  Because the Tax Court of Canada Rules allow a taxpayer to represent themselves "in person", some judges have allowed corporations to be represented by shareholders or directors in lieu of counsel, on the basis that as legal persons corporations must be allowed some method to represent themselves.  As such, the law surrounding this issue has been confusing at best. Thankfully, the Federal Court of Appeal in a recent decision examined this issue and provided significant clarification to taxpayers and Canadian tax lawyers who carry out tax litigation.

In the recent Canada v BCS Group Business Services Inc. (December 2, 2020), the CRA appealed a decision of the Tax Court of Canada that allowed the sole shareholder, director and officer of BCS [Denis Gagnon, a former RCMP investigator who owned a private investigation firm based in Vancouver],to represent it in a General Procedure appeal. [In 2018, the Tax Court of Canada allowed M. Gagnon (who was not a lawyer) to represent his own corporation in a General Procedure case.] The Federal Court of Appeal granted leave for the shareholder to represent the corporation in Federal Court in response to the Appeal.

At issue were the following relevant provisions of the Tax Court of Canada Rules related to General Procedure appeals:

30 (2) Where a party to a proceeding is not an individual, that party shall be represented by counsel except with leave of the Court and on any conditions that it may determine.

The Canadian tax lawyer for CRA's main argument was that a corporation is a legal fiction and therefore cannot be represented in person, in a courtroom or otherwise. The shareholder argued that this unfairly excluded the ability for a corporation to do so, contrary to the purpose of the Rules.

The FCA undertook a purposive interpretation of the provisions and concluded that corporations could only be represented by a lawyer. In so doing, the Federal Court of Appeal unanimously agreed that it should not engage in a policy determination where the language of the impugned legislation is clear.

In this case, the FCA determined that the authentic meaning of the provisions in the Tax Court of Canada General Procedure Rules were clear, and that despite any policy argument against the prohibition of corporations not being capable of representing themselves, that it remains the responsibility of the legislator to change the law, not the Court.  This essentially boiled down to a reiteration of the "plain meaning" method of statutory interpretation; the Court unanimously rejected an "object, spirit and purpose" method on the basis that it was overwhelmingly clear what was intended by Parliament when it drafted the Rules.

Accordingly, the FCA sent the case back to the Tax Court of Canada to be continued on the basis that the Respondent corporation BCS must be represented by counsel if it were to continue with the litigation.

Obviously, the main lesson one can take away from the BCS case is that, in General Procedure appeals, the taxpayer must now always be represented by a Canadian tax litigator. However, as we have many times opined, even in smaller disputes in the Tax Court of Canada, all appellants would do well by seeking professional tax guidance from experienced Canadian tax litigators. Taxpayers should never represent themselves, or attempt to represent their own corporation, general procedure or not, as the Canadian tax litigators representing the CRA are highly adept at litigating and "bullying" taxpayers into submission.