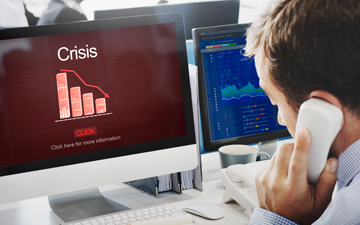 TORONTO, Feb. 23, 2021 – Canadian tax professionals are expressing concern as to whether the Canada Revenue Agency is truly prepared for “a tax season like no other.” Recent reports of call centre outsourcing and cybersecurity breaches have alarmed accounting practitioners who are facing a variety of challenges due to the COVID-19 pandemic. Many point to past data breaches and the track record of call centre communications to question the preparedness of the CRA.

The 2021 tax season officially launched on Monday, February 22nd, with the CRA declaring: “Due to the extraordinary conditions we have all faced over the last year, this tax season will be unlike any other.”  The CRA has added call centre agents and extended call hours to give taxpayers more time to have their tax and benefit questions answered.

But the lead-up to tax season got off to a rocky start. More than 100,000 Canadians were locked out of their online accounts on February 16th due to the discovery of leaked login information on the dark web. While accounts were not compromised and the lockdown was a preventative measure, taxpayers shared their frustration on social media with the CRA’s confusing communications and call centre phone lines, which were tied up for hours.

Today, the Office of the Taxpayers' Ombudsperson announced a review of “the lack in communications” [sic] regarding access to CRA My Account,” during the lockout of taxpayers in mid-February.

The most egregious example, states Rotfleisch, was the CRA’s confusing messaging over CERB eligibility, an error partially blamed on call centre staff providing incorrect information regarding gross versus net income. (The federal government recently announced it would allow those self-employed Canadians who had applied for CERB “in good faith” to keep their relief funds.)

The CRA announced earlier this month that it had hired Maximus Canada, a staffing and outsourcing company that provides business process services to government agencies, to provide additional support to CRA call centres. The Canadian company, a subsidiary of a multinational based in the United States, delivers privatized programs to the federal and provincial governments, most notably in British Columbia. While the CRA is hiring 2,000 new call centre agents, Maximus will reportedly provide an additional 130 workers.

“Now the CRA is proposing to hire an outside firm to handle front-line communications with people regarding COVID benefits, which, as I just pointed out, is where one of the largest problems started in the first place,” says Rotfleisch. “So the question arises, how can a Canadian outside support firm be properly trained to provide critical information, when full-time CRA employees cannot be? The outsourced model has the ability to allow CRA to provide a better level of customer support at the same time that it has the ability to completely mislead taxpayers.”

While some Canadian accountants believe the outsourcing is a “recipe for disaster,” Hugh Neilson, an income tax expert with Kingston Ross Pasnak LLP in Edmonton, is taking a wait-and-see approach. “Like many tax practitioners, CRA is faced with a high seasonal demand for extra service. Many of us hire temporary staff, or even outsource some work, and I don’t see why CRA would not explore the same possibility in businesslike fashion. Is there a lot of difference between hiring temporary staff for 8-12 weeks or engaging outsourcing services for the same period?”

Neilson, who is on the editorial board of Video Tax News, has noted that many practitioners “talk about CRA acting more like a business. Outsourcing to enhance resources, especially resources to fill a temporary need, seems very businesslike.” Adding 130 people through outsourcing “is a pretty tiny number. I'm not opposed to the concept in principle, but adding 130 hires to 2000 seems a lot more practical. Maybe this is considered a small pilot to test the concept, which seems prudent.”

Neilson hopes the CRA will clearly state that callers are being connected to a third party and not to the CRA. It would also seem reasonable to provide the option to wait for a CRA representative. “I would finally hope that CRA will review the results — although they do not seem to review the quality of telephone enquiry responses in general, judging by the regular reports of incorrect information provided by their telephone agents.”