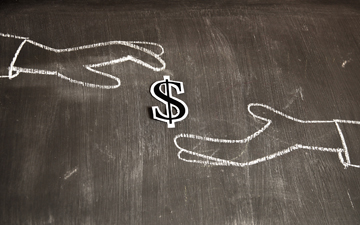 TORONTO, August 13, 2018 – The trial of former Trump campaign chairman Paul Manafort on charges of tax evasion, money laundering and bank fraud reads like a cautionary tale for accountants and bookkeepers of the ethical risks involved when working with powerful, high net worth (HNW) clients.

“The Manafort trial tells a fascinating story of business decisions gone wrong,” say Brian and Laura Friedrich of Friedrich & Friedrich, an accounting research, standards and education firm based near Vancouver, B.C. “Although the vast majority of a CPA firm’s clients play by the rules, what happens when a bad apple comes along?”

The Manafort trial claimed its first casualty last week when Manafort’s accountant, Cynthia (Cindy) Laporta, was fired from the accounting firm of Kositzka, Wicks & Co. (KWC) of Alexandria, Virginia. The U.S. CPA testified under immunity that she knew Manafort’s tax returns contained false information but went along with the scheme, even though “she knew it was wrong.”

Among their services, the Friedrichs teach seminars through CPA BC on accounting ethics, standards and rules to professional accountants. “We all like to think that we have a strong moral compass and that we’d never get pulled in to a client's nefarious behaviour, but we need to realize that we’re human, which means we’re not infallible.”

When you’re tempted by the holy grail of clients

HNW clients are the holy grail to many accountants, lawyers and financial advisors, for the opportunity to provide a suite of multi-tiered services from tax, estate and succession planning to investment advice. While there is plenty of literature on how to attract HNW clients, there is precious little on how to protect one’s professional practice from their ethical pressures.

Yet accountancy bodies, such as the Institute of Financial Accountants (IFA), are aware of the risks. The IFA lists high net worth individuals under circumstances “where there might be a high risk of money laundering or terrorist financing.”

Michelle Singletary, financial columnist for the Washington Post, puts it more bluntly, “When you’re tempted to envy the rich, think about what they may be doing to live high and mighty.”

Paul Manafort acted as a political consultant to a number of authoritarian governments, including those in the Philippines, Nigeria and the former Zaire. According to prosecutors, he earned about $60 million between 2010 and 2014 working for pro-Russia politicians in Ukraine, which split from the former Soviet Union in 1991.

Manafort allegedly concealed about $30 million through Cyprus-based offshore accounts, including $13 million disguised as loans to Manafort-controlled companies in a scheme to lower his tax burden. He used the money in part to finance an opulent lifestyle that resembled the oligarchs he served. But following the ouster of pro-Russia President Viktor Yanukovych of Ukraine, the money suddenly dried up.

KWC tax accountant Philip Ayliff, who had been Manafort’s accountant for more than 20 years, testified that Manafort’s firm “never told us about any income that was deposited in foreign accounts." The firm did not investigate or verify the presence of offshore holdings; it was up to KWC’s clients to disclose foreign bank accounts.

Ayliff did inquire, however. The court was shown communications in which Manafort was asked and denied holding offshore accountants. In 2014, Ayliff retired and handed Manafort’s tax preparations to Laporta (one of five financial professionals granted immunity from prosecution) through 2014 and 2015.

According to Manafort’s bookkeeper, Heather Washkuhn, Manafort’s consulting and lobbying firm was essentially bankrupt by 2016. As Manafort’s debt piled higher — his health insurance plan was going to be cancelled — she tried to get him to pay his bills. Manafort turned instead to falsely inflating his assets to obtain real estate loans from American banks.

The ethical pressure of high net worth clients

“An accountant or a bookkeeper, as do all professionals, have a code of conduct that should obligate them, as a condition of practice, to comply with all applicable and relevant legal and ethical guidelines for accountants or bookkeepers as set out in their Code and by regulation and legislation,” explains Richard Leblanc, a professor of law, governance and ethics at York University.

Leblanc, the author of The Handbook of Board Governance, says both accountants and bookkeepers should look to their respective regulatory bodies or associations for clarification of their codes. “The belief is that an accountant or bookkeeper will not succumb to any pressure whatsoever by any client, but will act ethically and legally at all times. Otherwise, professionals can lose their licence to practise or be sanctioned by their regulatory body or association.”

Laporta is a member of the American Institute of CPAs (AICPA) and the Virginia Society of Certified Public Accountants. She earned about US$400,000 annually and was a shareholder at KWC, a small but exclusive firm just south of Washington, D.C., with a reportedly large number of high net worth clients.

According to her profile (since removed) on KWCCPA.com, Laporta specialized in audit and assurance as well as business consulting. Her major industry practice areas included government contractors and employee benefit plans. She also volunteered at Martha’s Table, a Washington-based charity that serves meals to the needy.

“My approach to providing quality services and products extends beyond client deliverables,” says Laporta in her profile. “My fostering of interpersonal relationships with a focus on staff developement (sic) plays an integral role at KWC. The biggest surprise to others about my job is the frequency and extent of management consulting that creates a strong bond with my clients.”

“When a powerful client turns out to be shady,” say the Friedrichs, “whether that be a high net worth individual or a large corporation, you face pressure from all sides: there’s an important client feeling entitled and telling you what they want done, and at the same time there’s pressure from the firm to keep billings up and not lose the client.”

Laporta testified that, beginning in 2016, she knowingly filed false tax returns and a series of loan applications. “I had a couple of choices at that point,” Laporta told the jury. “One, I could have refused to file,” potentially exposing the firm to the risk of litigation. “I could have called Mr. Manafort and Mr. Gates liars, and Mr. Manafort was a long-time client of the firm and I didn’t think I should do that either.”

Among the schemes to which Laporta agreed was the reclassification of $900,000 as a loan rather than income; the backdating of documents and falsifying tax returns to secure loans and avoid taxes; New York Yankees season tickets as a business rather than personal expense; and misrepresenting a New York property as a second home rather than a rental property on Airbnb, so Manafort could obtain a mortgage.

“He was trying to reduce income and therefore taxes. It was inappropriate,” said Laporta, though she agreed to make the change. "I regret it," she told the jury. "We can't pick and choose what's a loan and what's income."

In a statement following the accountant’s dismissal, KWC said it was "shocked by Ms. Laporta’s testimony, which clearly represents that she failed to meet the firm’s high standards for professional and ethical conduct in her work for Mr. Manafort." The firm promised an independent internal review of her actions to confirm that her activity was isolated.

A cautionary tale for Canadian accountants

Laporta agreed to testify only under an immunity agreement; otherwise, according to her lawyer, she would be “pleading the Fifth.” Asked what she would have done if she had known about the offshore accounts, Laporta said she would have traced the origin of the accounts and tracked the flow of money.  “The penalties and fines are just huge for noncompliance,” she said.

The Friedrichs say that, with some clients, “there’s usually also some sort of inducement from the client to convince you to play along — some way they try to tie your success to theirs. The IESBA’s International Code of Ethics for Professional Accountants talks explicitly about how this can create self-interest, familiarity, advocacy, and/or intimidation threats that jeopardize our compliance with the principles of integrity, objectivity, and professional behaviour.”

So what should Canadian accountants and bookkeepers do if they find themselves in a similar position?

“The first is don’t try to deal with the matter by yourself,” say the Friedrichs. “The CPA Code of Professional Conduct requires all CPA firms to have policies in place to support employee compliance with the Code, including not being associated with false or misleading information, so no individual CPA should feel that it’s their burden alone.

“But this goes well beyond firm policies — it’s about instilling a culture that supports doing the right thing, and a big part of that has to do with transparency in decision-making. We’re trained to guard confidentiality, but leadership teams need to also instil a culture where there’s as much transparency as possible. Individuals tend to make better decisions when we know those decisions are being watched by others.”

There is little doubt that the trial of Paul Manafort would not exist — or would not receive the same attention — were it not for the investigation by special counsel Robert Mueller into allegations of efforts by the Russian government to influence the 2016 presidential election. Despite the strong support of U.S. CPAs for the election of Donald Trump, few would have predicted his election victory, or the investigation of his former campaign chairman.

“We often talk about the ‘front-page,’ test,” say the Friedrichs. “In other words, would you make the same decision if you knew it was going to be published as front-page news? In the Manafort trial, we get to see this play out, as the decisions made by all of the players are now quite literally headlines.

“Second, when faced with a situation where moral courage is needed and we have to convince someone else to ‘do the right thing,’ we tend to have greater success when we frame our arguments from the other person’s perspective. This holds true whether we’re trying to explain to a client why we can’t go along with an ill-conceived scheme or when we’re feeling intimidated by someone higher up in the firm who seems to have their priorities misaligned.

“If we can point to the risk of making the wrong call, and highlight the disastrous repercussions that can occur if we don’t make sound ethical decisions, we can often be more persuasive. If nothing else, we’ll have solidified our own rationale and made it that much easier to do what we know is right — protecting the public interest.”

Colin Ellis is the managing editor of Canadian Accountant. Image licensed from iStock.

Tax Lawyer David J. Rotfleisch on the ethical obligations of accountants and lawyers in practice
Profession