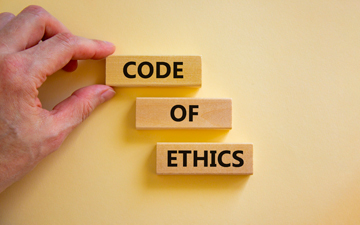 As a profession, accountants are aiding and abetting unethical tax avoidance, yet feel that our behaviour falls within our code of ethics, says Nick Shepherd

BURIED in my extensive filing of old papers is a binder containing about fifty years of accumulated memos, notes, pictures, quizzes, and other documents that I have collected from the various places that I have worked. They were originally created and distributed because they were mostly supposed to be funny but, looking over them, I see that what was funny forty or fifty years ago is clearly in “bad taste” today.

This is the reality of societal evolution — what might have been acceptable no longer is; and what may have been unacceptable in the past is more accepted today.

This is similar to ethics, which is based on the acceptable “norms” of social behaviour. When I developed and taught courses on ethics for accountants and management consultants, one program was called “Ethics: Black and white but often grey.” Our actions as professionals must keep pace with societal evolution, and it is not always clear what is, and is not, an acceptable decision or action. As the world has become more “integrated” and people from various cultures and backgrounds move around, this becomes even more challenging.

Nowhere is there a more troubling and stark reality than the challenges posed by inconsistent national approaches to taxation, which allow wealthy individuals and corporations to “game the system” and avoid taxation. Much of what is done is not illegal but, for many people, it is clearly unethical. As a profession, accountants are aiding and abetting these activities, yet feel that our behaviour falls within our code of ethics. Yet codes of ethics are by definition designed to fill the gap between legality and “generally accepted behaviour.”

Are we out of touch? Troublingly, many of us earn significant fees from providing advice to clients on how to construct schemes to avoid tax that fall within the frame of legality. Questioning this is therefore not popular.

A report titled “The State of Tax Justice” — published in November 2021, by the Tax Justice Network, the Global Alliance for Tax Justice, and the global union federation Public Services International — found that countries miss out on $312 billion annually due to tax abuse by multinational corporations, and an additional $171 billion via individual tax evasion. The public is reading these studies and concluding that business (and “the wealthy”) are “not playing fair.”

Sadly, companies have no other option, because a global competitive playing field requires that companies save money where they can as long as it is legal. Investors and directors would “storm the battlements” if management decided not to avail themselves of tax planning opportunities. After all, for many global enterprises, the amount of cash saved is in the billions.

So, as pressure mounts for “renewed capitalism” and “responsible business,” where does the profession stand? Currently clearly on the side of the perpetrators. Seen to be in this role, members of the public might well question the integrity of our values and our codes of ethics. What defence do we have? Relying on the fact that “it is not illegal therefore we are obliged to do it” is often seen as a “cop out” by those not involved. Clearly it is not a simple matter because “that’s the business we are in” as taxation experts (along with our legal companions).

Maybe if the profession were more visible and vocal in looking for changes in global taxation we could at least say we were trying to help. Maybe some are working away, behind the scenes, but we clearly don’t tell a good story. Few headlines read “Accountants at the forefront of innovative approaches to reform global taxation.”

Yes, the OECD is moving forward with a minimum 15% tax, but this is not solving the problem —  nor does it appear that it will be adopted by some major nations. It would also be a “gutsy” PR move to announce our commitment to doing this, as some of our clients would clearly be concerned if we were seen trying to create a situation where they pay more tax.

But who are we concerned about at the end of the day? Enhancing our clients pocket books or building a more fair and just society? Which side of the debate on business reform and renewal are we on? While governments struggle to pay for infrastructure and education which citizens, including companies benefit from, business, aided by our profession, seem to believe it's acceptable to contribute as little as possible to pay for these services.

Are we on the slippery slope, where society is changing but our generally accepted approaches reflect historic reality? Are we seen as ethical, and as providing impartial and objective advice? Some might say not.

Nick A. Shepherd, FCPA, FCGA, FCCA, FCMC is a business professional, thinker, author, and futurist. He is a member and past Chair of the Canadian TC 260 mirror committee and a member of WG2 on HR metrics. He also recently published “The Cost of Poor Culture” which addresses the financial impact of a poor workplace.

Nick A. Shepherd on the constraints of accounting in the knowlege economy
Thought Leaders

Nick A. Shepherd on assessing the value of a workforce in an asset-light economy