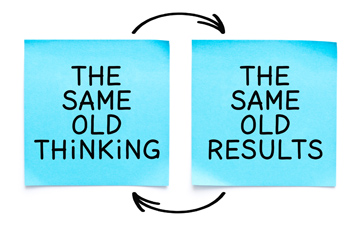 Nick A. Shepherd on the constraints of accounting in the knowlege economy

CERTAIN decisions in life can be altered or reversed as experience gives us more wisdom. However, there are some decisions that set people or organizations on a path that tends to channel, frame or even restrict how new decisions are made when new events occur. Such is the world of accounting that is framed by two foundational concepts. One concept determines the “how” of accounting records — the basics of bookkeeping, being the system of double entry.

The second concept is almost like the legal system and refers to accounting standards. Certain precedents have been established over the years that have become the foundation of future thinking. This has worked well when there was a gradual evolution of events that can build on the past but there comes a time when the established precedents might be brought into question. We are in that period today. Massive cash flows are being channelled into intangibles, many of which form the foundation of an organization’s capability to operate its business model.

The question might be thus: If we were to develop a system of accounting today that reflected the reality of how investors’ money was spent and accounted for, would we do it the same way?

Let’s follow a hypothetical business. An entrepreneur has an idea for a new business that involves investing in at least four areas in order to create a business model that is capable of generating revenue and earning a profit.

First they need to build a workforce, initially of a core of skilled technical people and work with them to share the vision of what needs to be created. This would be followed by building out the workforce by adding additional qualified specialists. These people may be employees but equally they could be independent contractors or others.

Second, they would need to pay these people, probably over an extended period of time, to develop software that will be accessible via the internet and usable on all sort of devices — mobile phones and tablets as well as computers. Then they need to build a supplier base to provide the service they are offering — again these suppliers will not be employees but people who can sign up to provide services on the internet and are paid on the basis of services provided.

Finally, the company will need customers. These customers again will buy a one-time service when needed and hopefully, based on the service, will become repeat customers. To make a profit the company must be able to develop these capabilities and then “scale them up” to a level where a critical mass is achieved. Scaling-up might involve purchasing of hardware but equally the software could be loaded on the servers of a third party service provider, who would become a core, critical part of the supply chain.

Under current accounting rules the money raised to fund these activities would either be provided as shareholder equity or as some kind of loan. The money raised would then flow into the company’s bank account and be spent to fund activities. Most expenditures would be considered as operating expenses and written off. Almost nothing would be considered as an asset of the business.

As there would be limited revenue for several years the business would be incurring increasing losses. These losses would then deplete equity, suggesting that the business had spent the money and had nothing on its balance sheet to show for it. In fact, the organization could become technically bankrupt once its equity moves into a negative balance, yet any loans might still remain as a liability.

Does that make sense? By investing to build the business model the organization has depleted its equity and appears to have spent all the money with no assets to show for it.

While accounting records suggest that all the money may be spent and the business has no equity, the marketplace — the real world — seems wiser. The market places a (growing) valuation on such organizations as the investors, who have inside knowledge as to the business model, understand its potential to earn future revenues and replenish equity.

A 21st century system of accounting

If accounting had been invented in the 21st century, surely there would have been a recognition that the assets of the organization existed, even though they were intangible. The people, the suppliers, the customer base, the service providers — everything that had been created and put in place to build the business model.

Would there at least have been an effort to ask the question “where did the cash go — what was it used for?” Equally, as the business started to scale-up, would there be a risk to these initial investors that the assets created to support the business model were not being sustained or supported to ensure business continuity? Would audits and reporting be looking at the sustainability of the business model to assess the health and quality of its intangible assets in terms of ensuring a “going concern?”

Is the gap between accounting for the real world of the 21st century and the knowledge economy widening because the profession is constrained by precedents that were created at a different time in history? If so, the relevance of accounting information for both investor and regulatory risk assessment, and for internal decision-making, is fast declining and returning to the era of backroom bookkeeping.

Nick A. Shepherd, FCPA, FCGA, FCCA, FCMC is a member and past Chair of the Canadian TC 260 mirror committee and a member of WG2 on HR metrics. He also recently published “The Cost of Poor Culture” which addresses the financial impact of a poor workplace.

Nick A. Shepherd on assessing the value of a workforce in an asset-light economy
Thought Leaders

Why Canadian accountants are needed in human capital reporting