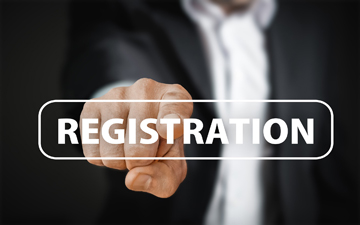 TORONTO, June 1, 2020 – The Canadian accounting profession and the International Federation of Accountants (IFAC) have issued a joint report putting forth a framework and position on beneficial ownership transparency. The report comes at a time when governments around the world are enacting legislation to require companies to disclose names and details of individuals that exercise a significant degree of control over entities. Central to the legislation is the creation of registries of beneficial owners accessible to government authorities and relevant regulators.

While customer due diligence (CDD) is already a part of many accountants’ work (professional accountants are among many stakeholders with anti-money laundering (AML) requirements), the potential value of access to beneficial ownership information, preferably centralized, on the part of accountants in furtherance of their customer due diligence obligations has been recognized. Canadian accountants, as part of a category that would include financial institutions and Designated Non-Financial Businesses and Professions (DNFBPs), should receive access to facilitate them in complying with CDD obligations.

“Beneficial ownership information, which identifies who has controlling ownership of an entity, is important to the discovery of financial crimes,” said CPA Canada president and CEO Joy Thomas, in a statement released last week. “Enhancing the transparency of this information should strengthen anti-money laundering regimes and help in seeking out lawbreakers and their proceeds of crime.”

In a joint statement, the accountancy bodies stated: “The fight against money laundering, corruption and tax evasion requires the participation of several stakeholders, including accountants, who rely on strong legal frameworks and accurate information.” The report, Approaches to Beneficial Ownership Transparency: The Global Framework and Views from the Accounting Profession, “contributes to the global conversation as countries grapple with questions regarding the extent to which, and by whom, beneficial ownership information is collected, reviewed and made available.”

Global flows of capital combined with disturbing revelations of international tax evasion and money laundering has led to taxpayer frustration with opaque rules regarding corporate ownership. The European Union and the U.S. Treasury Department have responded with legislation and proposals to create ownership registries with varying degrees of compliance and transparency.

In Canada, advocacy groups such as Canadians for Tax Fairness, Publish What You Pay Canada, and Transparency International Canada formed a coalition to lobby governments for similar changes. New rules involving amendments to the Canada Business Corporations Act now require private federal corporations to maintain a register of individuals with significant control.

In British Columbia, where shell corporations and money laundering were widely seen as contributing to inflated real estate prices, opioid addication and criminal activity — and were contributing factors to the defeat of the BC Liberals and the election of the NDP government — the first provincial public registry was slated for May 1, 2020. It has now been postponed, due to the current COVID-19 pandemic, for implementation on October 1, 2020. (Click here for more information on details of the BC Registry and COVID-19 delay.)

B.C. Finance Minister Carole James has written that holding companies “are legitimate and regularly created for normal business purposes.” However, “without beneficial ownership information to complete the picture, it is difficult to distinguish between legitimate business structures.”

Writing for The FCPA Blog, James Cohen of Transparency International Canada, said: “The idea of increased reporting on beneficial ownership information has garnered some hesitant reactions from Canada’s business community. However, making UBO information public is not just good for helping improve Canada’s anti-money laundering regime, it is good for business.”

A key decision for policymakers is determining who can access the information within a centralized beneficial ownership registry. Generally speaking, the levels of access include: non-public access restricted to law enforcement and similar authorities; tiered access restricted to law enforcement, similar authorities, and other designated users (potentially including accountants); and public access.

The report casts a critical eye on the value of a public beneficial ownership registry. Chief among the report’s conclusions, “the verification and validity of information and the appropriate access to the information appear as key factors in a registry’s efficacy.”

The IFAC/CPA Canada report finds that:

“The global accountancy profession, with its strong public interest mandate, is a committed partner in the fight against financial crime,” said Kevin Dancey, IFAC CEO. “We are eager to advance important policy conversations, including those over beneficial ownership, and to work meaningfully alongside governments, law enforcement and other stakeholders to combat financial crime in all its forms.”

Colin Ellis is a contributing editor to Canadian Accountant. Download Approaches to Beneficial Ownership Transparency: The Global Framework and Views from the Accounting Profession directly from CPA Canada. Image by Gerd Altmann from Pixabay.