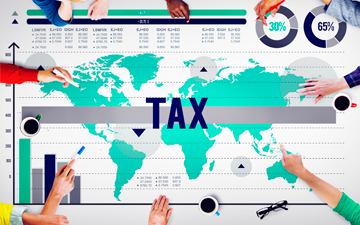 A primer from David Rotfleisch on bilateral tax agreements

TORONTO – Taxation has become an increasingly global issue as people, money and property move freely across borders. States have wrested control over their individual rights to tax certain transactions and persons by forming a number of treaties to avoid potential double taxation. These treaties also attempt to form a scheme of corporative international governance to curb tax evasive behaviour. These agreements are complex and varied.

Canada is presently party to 93 tax treaties which are in force as of writing of this article. Tax treaties are bilateral agreements between Canada and another state, typically called tax conventions or tax agreements. These treaties accomplish several goals. They decrease double taxation by codifying the rights of each state to tax certain people and transactions and addressing conflicting rights to tax. These agreements may decrease withholding tax rates from Canada's default 25 percent rate. The new withholding rates may differ based on the type of property. For instance, under the Canada-Bangladesh Tax Convention, there is a 15 percent withholding tax on dividends and a 10 percent withholding tax on royalties. The tax treaties will also establish the means of exchanging information concerning taxation between states, allowing the relevant tax authorities to extend their investigations of taxpayers' activities to other states.

These agreements are largely based on the Organisation for Economic Co-operation and Development's (OECD) "Model Tax Convention on Income and on Capital." While this does result in similar or even identical clauses across treaties, taxpayers cannot assume each treaty contains identical clauses and definitions. For example, the Canada-France Tax Convention defines "persons" to include partnerships, but partnerships are not persons under the Canada-Netherlands Tax Convention. Taxpayers must understand which treaties and relevant treaty rules apply to their individual circumstances.

Canada is also a party to 24 Tax Information Exchange Agreements (TIEA) which are in force as of writing of this article. These bilateral agreements allow the relevant tax authorities of the parties to access tax-related information available in the other state. The Canada Revenue Agency may use such an agreement where they are investigating or auditing a particular taxpayer who has dealings abroad. A TIEA may also signal increased cooperation between Canada and another country which could lead to the negotiation of a tax treaty.

International agreements impacting taxation are not limited to bilateral agreements Canada that has with other states. Bilateral and multilateral trade and investment treaties can impact aspects of taxation as well, such as tariffs. Through its membership to the OECD, Canada is also party of multilateral tax conventions and projects addressing the mutual concerns of states in relation to taxation. The "Convention on Mutual Administrative Assistance in Tax Matters" facilitates countries addressing tax avoidance and evasion. Most notably, unlike TIEAs and tax treaties which generally allow information to be shared on the basis of requests which can be refused, the information sharing under the Convention is automatic. Similarly, the base erosion and profit shifting or "BEPS" project is an ongoing initiative between OECD member states to address multinational enterprises which identify, exploit and benefit from the differences in various countries' taxation systems.

Taxpayers who operate internationally, either through a business or personally, must understand tax rules beyond those of Canada's Income Tax Act. These rules can modify the tax liability which would arise from applying only the Income Tax Act. The changes in which country may pre-emptively tax a particular person or transaction will likely impact the application of the relevant Canadian foreign tax credits as well. Canadian taxpayers looking to operate businesses abroad should understand the potential treaty impacts of operating in different countries.