Millionaires are fleeing their homelands for Canada 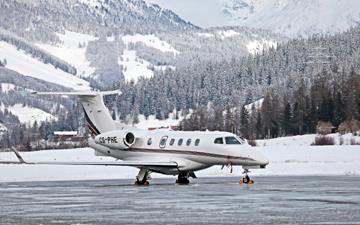 New World Wealth survey says Canada is the third top destination in the world for migrating high net worth individuals, an opportunity for Canadian accountants.

TORONTO, May 3, 2019 – Canada is the third top destination in the world for migrating millionaires, presenting myriad opportunities for Canadian accountants, lawyers and financial advisors pursuing high net worth (HNW) individuals as clients. According to a global survey from New World Wealth, the world’s wealthy are increasingly on the move and see Canada as a highly attractive wealth market.

The report, which considers wealth to be a better measure of national financial health than GDP, surmises that Australia is now the wealthiest country in the world on a per capita basis, excluding tax havens such as Monaco and Luxembourg. Australia dominates the global rankings due to its proximity to China, Japan and Korea; safety, especially for women; first-class economic, healthcare and school systems; climate, scenery and nature.

Intriguingly, Australia’s success is not directly correlated with tax rates, which the survey notes are “quite high.” It should be noted, however, that “Australia has no inheritance taxes — this encourages wealthy people to stay in the country and build their businesses for future generations.”

This would appear to counter a growing narrative in the Canadian accounting profession that high tax rates, vis-à-vis the U.S., are leading to an outflow of wealthy Canadians and hurting Canadian competitiveness. In fact, Canada does not place on the top 10 global outflow rankings of HNW individuals, which are topped by China and Russia, but also include France and the Brexit-beleagured United Kingdom.

Canada ranks eighth in the world in terms of total wealth, which is defined as private wealth held by individuals living in the country, excluding government assets. Canadian private wealth is down six per cent from 2017 but up 23 per cent in the last 10 years. Canada ranks as the 10th wealthiest country in the world on a per capital basis. The top four positions are dominated by small financial hubs such as Monaco that are also known as tax havens for the wealthy.

The report also rates the wealth inequality of major nations globally, based on the total national wealth controlled by HNW individuals. “If HNWIs control over 40% of a country’s wealth then there is very little space for a meaningful middle class,” states the report. Here again, Canada places 10th in a positive ranking, this time as one of the “most equal countries in the world,” in a tie with Australia. Japan is rated as the most “equal wealth” country in the world.

Toronto ranks 13th in the top 20 wealthiest cities in the world. “Toronto is home to the 9th largest stock exchange in the world,” says the report. “Major industries include financial services, real estate, IT, media and telecoms.”

An opportunity for Canadian accountants

With so many HNW individuals migrating to Canada, how can Canadian accountants capitalize on the opportunities? According to the Journal of Accountancy, one must distinguish first between the ultrawealthy (families with more than $25 million in net worth) and the merely wealthy. Ultrawealthy clients will demand a broader range of services and skills than the merely wealthy.

To serve this group, says author Cynthia Harrington, CPAs will need to tailor their offerings and sharpen their estate planning and investment management skills. The ultrawealthy ones generally plan that their assets will outlive them and need help transferring these funds to their heirs or to charity.

“Planning for multiple generations demands that CPAs be familiar with specific tools to advise their clients properly. This includes knowledge of certain strategies and techniques such as private foundations, charitable remainder trusts and family limited partnerships.”

Colin Ellis is managing editor of Canadian Accountant. Image by pixel2013 from Pixabay.