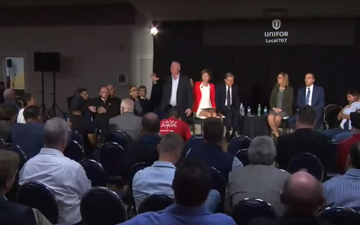 TORONTO, Oct. 10, 2017 – The old saw, “Be careful what you wish for,” cuts deep in politics. Two years ago, Canadians ushered in a Liberal majority government that ran on a platform of “tax fairness,” and we elected a Prime Minister who tweeted with the hash tag, #fairness. Today, we have only ourselves to blame for a news cycle dominated by labyrinthine debates about incorporation, income splitting and capital gains.

Canadian Accountant has reported widely on the reasons and ramifications behind the Minister’s three-part tax plan. And we’ve spoken to at least a hundred accountants across Canada since this imbroglio began. We’ve read the polls, we’ve watched the public meetings.

Bottom line, Canadian accountants are furious with the Liberal government of Justin Trudeau and, by extension, the policies of Finance Minister Bill Morneau. That boiling sound you hear, which started at a simmer, is what you get when you toss in a few common complaints and turn up the heat.

Before we get cooking, however, it’s important to note that there are more than 200,000 Chartered Professional Accountants in Canada. They run the gamut from financial analyst to CEO. They include politicians, professors and public servants. And they don’t all vote Conservative.

The accountants we’re discussing, however, are tax accountants — not the ones at the big global firms — but those most likely to advise private companies and individuals.

A subset of a subset, in other words, but an important one within the profession. For simplicity, we’ll call them “tax practitioners,” but they are, quite frankly, the personification of the word “accountant” in the minds of most Canadians.

They are angry at their demonization. Intentionally or not, Liberal rhetoric around tax fairness struck a raw nerve. It began with Trudeau’s campaign talk about the “one per cent” and tax breaks that “favoured the wealthy.” It continued through the 2016 finance committee hearings into offshore tax schemes and the Panama Papers.

It was implicit in this year’s press release from Diane Lebouthillier, the Minister of National Revenue, which said of voluntary disclosures that “some wealthy Canadians continue to find ways to not pay what they owe.” And it continues today with the use of "loopholes" and “income sprinkling,” which many practitioners see as pejorative.

Practitioners hear all this rhetoric as coded language directed at their clients and, by extension, their firms. They wonder why the Liberals are targeting small business when large corporations shift their profits around the world. Unfortunately, the Liberals were embarrassed by the humiliation of a scandal they inherited — the KPMG Isle of Man scheme — and desperate to follow through on their platform.

Practitioners were gobsmacked by a 75-day consultation period — too short and over the summer holidays — seemingly scheduled to avoid public debate. Yet they dutifully spent tens of billable hours poring over the details in the finance department’s 63-page discussion paper, only to find complexity and confusion.

Many tax practitioners have called the proposed changes poorly written and short of the customary standards of the finance department. They warn of unexpected consequences that will hurt small business and damage the economy. And they’re angry at wasting their time, now that some of the proposals may be delayed, changed or cancelled.

Quite often, their views of winners and losers depend on their clientele. Some marvel at the public relations of farming “families” with multi-million dollar operations. Others blame the whole mess on the Ontario government for allowing doctors to incorporate. Most, however, fervently believe that incorporation is a legitimate tax strategy to compensate for the risk taken by middle-class entrepreneurs, who don’t enjoy the same retirement and work benefits of average Canadians.

Yes, the median household income in Canada is $70,000. Yes, private corporations rose from 1.2 million in 2000 to 1.8 million in 2014. And yes, no less a figure than Jack Mintz, of the University of Calgary and the C.D. Howe Institute, has argued since 2015 that the small-business tax rate favours high-income individuals.

Tax practitioners believe that Bill Morneau should toss out the proposed legislation, start the process again and review the entire code. That ain’t happening. Both Trudeau and Conservative leader Andrew Scheer have expended enormous political capital on three tweaks to the tax code and haven’t budged their parties in the polls.

A revived NDP under the leadership of Jagmeet Singh is now breathing down Liberals’ necks. The government wants this all wrapped up by the December holidays, so it can declare a win before pundits describe their victory as “Pyrrhic.”

Canadian accountants will be left to clean up the mess.

The 75-day consultation period is over. How will Finance Minister Bill Morneau change his tax proposals?
Opinion