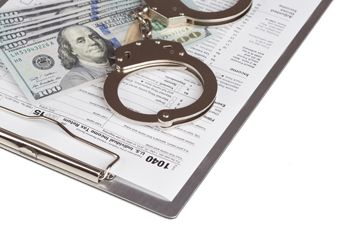 TIMOTHY Johnston, the third Canadian citizen indicted in an anti-tax conspiracy known as the “OID scheme,” plead guilty last week to defrauding the U.S. government. Johnston, 36, of Calgary, Alberta, admitted to conspiring to defraud the U.S. and commit theft of government funds through the fraudulent filing of refund claims with the Internal Revenue Service (IRS).

The OID scheme has been described as “relatively common in extremist anti-government or anti-tax groups.” It used IRS Forms 1099-OID that falsely reported large tax withholdings that never existed, forming the basis for false claims for refunds of the purportedly withheld taxes.

Johnston is the third Canadian citizen convicted in the scheme, which involved banks in the region of Rochester, New York. On September 5, 2013, a U.S. federal grand jury indicted Daveanan Sookdeo, Kevin Cyster, Jonathan Neufeld, Christina Starkbaum, Renee Jarvis, Jose Compuesto, all of Ontario, Canada, and Johnston, then of Nova Scotia, on charges of conspiring to defraud the IRS, stealing government funds, filing false claims against the U.S. and transporting money taken by fraud in foreign commerce.

The history of the case dates back to at least 2009, when Californian Ronald Brekke promoted a “fanciful tax cheat popular in extreme anti-government circles” through seminars and emails in which he would charge $50 to $75 per client.

At the height of the scheme, which involved nearly 1,000 people in three countries, Brekke was earning at least $18,000 a month helping others file false claims, which saw the IRS pay out $14 million in fraudulently obtained refund checks. Much of the money went to Canadians who were coached by Brekke to obtain income tax refunds fraudulently. Brekke told them to quickly wire the money out of the U.S., as the IRS cannot easily recover “fraudulently obtained funds from a Canadian resident.”

In 2012, Brekke was convicted and sentenced in a Seattle courtroom to 12 years in prison, and ordered to repay $6.2 million to taxpayers. The court heard how Brekke, then 55, believed he was immune from the law. His defence attorney described him as a “bright man who finds himself without family or a community,” who clings to a “delusional belief system,” typical of the type of extremist whose “behaviour is always messianic.”

According to the Grand Jury indictment, Brekke prepared false 1099-OID IRS forms, on behalf of the scheme's participants. The forms purported to show that the participants’ creditors, such as banks, mortgage companies, and credit card issuers, had withheld large amounts of federal income taxes and paid this money over to the IRS, but in fact there were no such withholdings or payments to the IRS.

In and around 2009, Daveanan Sookdeo allegedly became a Canadian promoter of the OID scheme and recruited participants in Canada. He allegedly sent and received emails to and from Brekke transmitting documents relating to the OID scheme.

In January 2016, Kevin Cyster, 52, of Burlington, Ont., was sentenced to 11 years in prison for his role in the scheme. The court heard how Cyster hosted meetings at his home to promote the scheme to potential recruits. He and other members of the group opened bank accounts at various locations in New York State where the tax-refund cheques would be deposited. A second Canadian, Renee Jarvis, 51, also of Ontario, previously pleaded guilty to conspiracy to defraud the U.S. and is awaiting sentencing.

During 2009 and 2010, the seven defendants crossed the border from Canada into the U.S. and opened bank accounts in Niagara Falls, Rochester, Brockport, and Kenmore, N.Y. They would deposit their tax refund checks and then transfer funds to financial institutions in Canada and the U.S.

After the IRS issued the refund to Johnston, he entered the U.S. and opened a bank account in Rochester to deposit the fraudulently obtained check. Between August 2009 and December 2011, he caused funds to be transferred from this account to a bank account in Canada and accounts in the U.S. in the names of his co-conspirators.

Johnston is scheduled to be sentenced to September 12. As part of the plea agreement, Johnston agreed to pay $642,947.26, the amount of his false claim, in restitution to the IRS.

"We've said before that both individuals and companies in this country must play by the rules," said U.S. Attorney Hochul. "This is particularly true for foreign nationals who would seek to defraud the American public out of their hard earned tax dollars."