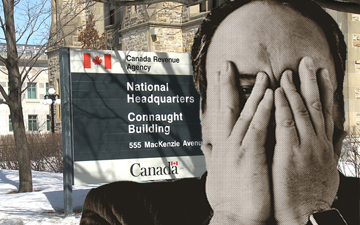 TORONTO, March 22, 2021 – Canadian accountants say there are measures the Canada Revenue Agency could take right now to improve service during “a tax season like no other.” The CRA has struggled with customer service issues during this tax season, including account lockouts in both February and March, which were caused by cybersecurity concerns. While tax professionals acknowledge that measures such as the new automated callback “enhancement” option for T1s is working, more could be done in the broader area of income tax preparation and customer service.

At the same time, given the prevalence of cybersecurity issues at the CRA, have a crisis communications plan in place that saves Canadians the inconvenience of being put on hold for hours on end, waiting for answers from a CRA call centre.

Do you have some practical advice for the CRA? Add it to the comments below. And watch out for our upcoming interview with Francois Boileau, the newly appointed Taxpayers' Ombudsperson.

Update March 23, 2021: We have heard much positive response from tax practitioners about this article. On the subject of authorization requests, one CPA suggested the "negative assurance" of having the CRA send a letter to taxpayers stating their accounting firm has been added as a representative. Another CPA commented on social media: "I have had so many authorizations deleted on me without as much as a call to see if the client would reprocess. Glad it’s been brought up hopefully it will change!"

And on the subject of VDP applications, one CPA stated "In 2020 I prepared 4 VDPS in March and April and I expect to hear back a year from now." And "... if you are extending tell us now, not the last week of April."

Another response: "How long is a reasonable hold time, CRA?  Well, how long would it be OK for a CRA agent to wait on hold when phoning a tax preparation firm to ask a question, or a taxpayer to confirm a representative should be added to their account?"

We thank everyone for their positive responses.

The CRA disputes allegations of Northern Canada service issues, in the first of a three-part series by business reporter Jeff Buckstein
Practice

David Rotfleisch looks at the last resort of taxpayers for relief from tax debt and enforced penalties, including interest, in light of the COVID-19 pandemic