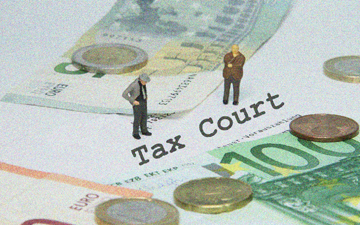 The Tax Court is not a court of equity, says Tax Lawyer Dale Barrett

Editor’s Note: “A Tale of Two Taxpayers” originally appeared in The Lawyer’s Daily as two separate columns penned by Dale Barrett. For the sake of convenience for readers, we have combined the two columns into one article.

Part I: The Wealthy Client

Unlike a superior court, which can make an equitable decision — a decision based on fairness — the Tax Court of Canada is not a court of equity. It must apply the law and the facts and arrive at a decision that the judge believes to be a correct application of the law to the facts. It's a one-size-fits-all approach. It's consistent. And although not equitable to a particular taxpayer, the law is typically applied equally between them. It's designed this way.

The Tax Court of Canada is a great equalizer. It allows taxpayers to have their case heard before an impartial judge (as long as the taxpayer can afford representation) who will apply the law consistently — regardless of whether they are rich or poor.

Outside the four walls of the court, however, there is an inequality hiding in plain sight.

According to a report by The Fifth Estate that was posted on May 30, [2019] the Canada Revenue Agency (CRA) allegedly had signed a "secret settlement with wealthy KPMG clients involved in [an] offshore tax scheme."

With this report, it has become abundantly clear that taxpayers from different ends of the socioeconomic spectrum do not receive equal treatment at the CRA level. Aside from the fact that taxpayers on different ends of the spectrum have disparate access to legal resources (which may affect their outcome at trial), only select taxpayers seem to be signing the kind of settlements that wealthy taxpayers appear to have been signing with the CRA. And while we really don't know the specifics of the alleged settlements negotiated by the taxpayers and KPMG because of the secretive nature of the agreements, the actual contents are immaterial.

What is material is the notion that secret settlements were signed in the first place. And I imagine that regardless of the details, the taxpayers involved were not ruined, which is something that cannot be said of those involved in the Fiscal Arbitrators tax scheme (a widely read decision that can be found at Torres v. Canada 2013 T.C.J. No. 332), for example.

To underscore the very different treatment that the average taxpayer receives from the system compared to the treatment received by a wealthy taxpayer, for example, consider two hypothetical (yet characteristic) representative participants in two different tax schemes. The first hypothetical taxpayer is a wealthy client involved in a scheme promoted by a big accounting firm. The general fact patterns between the scenarios are similar in broad strokes. The outcomes are not.

The wealthy client is an individual with a $300 million net worth. They knowingly participated in a scheme. Being a sophisticated businessperson, the taxpayer had advisers, lawyers, accountants and other professionals available to provide guidance and had access to a second opinion on the scheme.

Due to their experience and the abundance of knowledge and advice available to them, the taxpayer should have had at least some reason to believe that the scheme may be illegal or, in the alternative, that the transaction was subject to a certain amount of risk. The taxpayer sought to obtain millions of dollars in tax savings and paid fees to a big-name firm to participate in the scheme.

The CRA claimed that this scheme was masking actual income and was a sham. The taxpayer signed a secret settlement with the CRA.

Participation in the big scheme to try to save millions of dollars of tax per year has likely not ruined the taxpayer. They are still tremendously wealthy; a gamble just didn't pay off as they'd hoped.

The client is a working-class individual who is employed at a factory. He has $125,000 of equity in his home and savings and investments of $23,000. The taxpayer has a grade 12 education and has never taken any tax, business or accounting classes. The taxpayer was sold on the idea of the Fiscal Arbitrators program during a seminar by a flashy salesman and con man who would end up going to prison for his part in the scheme. The taxpayer bought the story hook, line and sinker and likely had no reason to doubt what he had been told.

The judge was sympathetic but was unable to vary the penalty. He indicated that despite his sympathy towards the spouses and family "who may suffer from the significant negative financial consequences ... the Appellant's penalties are indeed harsh. I, however, cannot pretend the specific 50% penalty called for by subsection 163(2) of the Act can be something less. That is only something the Government can consider."

Participation in the Fiscal Arbitrators scheme to try to save tens of thousands of dollars of tax per year has ruined the taxpayer.

Don't answer that. It was rhetorical. Unfortunately, such a settlement and its secretive nature suggests that we already have a two-tiered system: one for the general public and one for wealthier taxpayers.

As I ponder whether the CRA's behaviour is more Canadian or North Korean in nature, at the end of the day, from where I stand, there appears to be no sign of either the consistency or the accountability that I would expect to see from a Canadian institution.

Dale Barrett is the managing partner of Barrett Tax Law, founder of Lawyers & Lattes Legal Cafe, author of Tax Survival for Canadians and the editor of the Family Law and Tax Handbook. He is also a frequent tax lecturer, primarily for accountants. This article was originally published on the Lawyer's Daily. Image by Wilfried Pohnke from Pixabay.