GST/HST input tax credit claims: Does the supporting documentation need to be issued by the supplier? 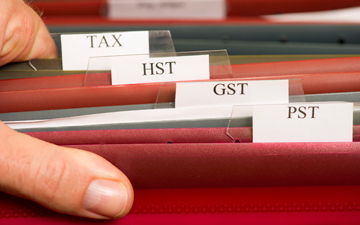 On June 9, 2022, the Tax Court of Canada (“TCC”) allowed CFI Funding Trust’s (“CFI”) appeal in relation with the input tax credits (“ITC”) it claimed for prepaid rent paid in connection with the securitization of automobile dealer leases. The dispute had arisen when the Canada Revenue Agency (“CRA”) disallowed CFI’s ITC claims because it took the view that CFI had failed to meet the minimum documentation requirements under subsection 169(4) of the Excise Tax Act (the “ETA”).

In allowing CFI’s appeal, Justice Robert J. Hogan found that supporting documentation does not need to be issued or signed by the supplier and that the information could also be obtained through oral or electronic communication.

As part of its business activities, CFI engages in the securitization of automobile dealer leases. From December 1, 2013, to December 31, 2018 (the “Relevant Period”), CFI concluded various Master Concurrent Lease Agreements (“MCLAs”) with automobile dealers (the “Originators”). Under the MCLAs, CFI financed the leases of vehicles concluded between the Originators and customers (the “Initial Leases”) and received concurrent leases on the Initial Leases (the “Concurrent Leases”). Pursuant to the MCLAs, CFI was required to prepay part of the rent due on the concurrent leases (the “Prepaid Rent”). CFI and the Originators considered the Prepaid Rent to be a taxable supply subject to GST/HST and as such mutually agreed that CFI would first claim the applicable ITCs on the Prepaid Rent, after which CFI would simply transfer the recovered amounts from the tax authorities to the Originators as payment of the GST/HST on the Prepaid Rent.

During the Relevant Period, CFI also received administrative services from Corpfinance International Limited (“Corpfinance”), which included the preparation of various spreadsheets in relation to the Prepaid Rent and the related GST/HST. CFI notably relied on such spreadsheets to claim the relevant ITCs.

When the CRA audited CFI, it first concluded that the Prepaid Rent was an exempt supply of a “financial service” and consequently disallowed CFI’s claims for ITCs. CFI appealed the CRA’s assessment. The CRA ultimately conceded that the supplies were taxable but nonetheless disallowed the ITC claims because the documentation provided by CFI allegedly did not meet the minimum requirements of subsection 169(4) of the ETA and the Input Tax Credit Information (GST/HST) Regulations (the “Regulations”).

The issue on appeal was whether CFI satisfied the documentation requirements under subsection 169(4) of the ETA and the Regulations in order to claim the ITCs on the Prepaid Rent during the Relevant Period (para. 25).

Prescribed form of the supporting documents

Per paragraph 169(4)(a) of the ETA, a registrant may only claim an ITC if they have “obtained sufficient evidence in such form containing such information as will enable the amount of the input tax credit to be determined, including any such information as may be prescribed” [our italics]. Section 2 of the Regulations defines “supporting documentation” as follows:

the form in which information prescribed by section 3 [of the Regulations] is contained, and includes

The Crown’s position was that paragraph (h) establishes a general requirement for supporting documents to be issued or signed by a supplier. Because CFI’s supporting documentation notably consisted of an array of spreadsheets prepared by Corpfinance rather than by the Originators, it was not in the prescribed form (para. 30).

For its part, CFI argued that the wording of paragraph (h) establishes that documents must be issued or signed by the supplier only when they do not fall within the meaning of “form” in the preamble of the definition nor within the enumerated “forms” in paragraphs (a) to (g) (para. 31).

The TCC accepted CFI’s position, holding that the word “form” should be given a broad meaning (para. 48). The TCC held that the use of the word “includes” in the Regulations establishes a non-exhaustive list of documents that are in the prescribed form (para. 37). As such, as long as a document contains the information required under section 3 of the Regulations, it is in the prescribed form. This interpretation is consistent with subsection 169(4) of the ETA, which requires the evidence submitted in view of claiming the ITC to be in a form that “will enable the amount of the [ITC] to be determined”. Moreover, in reviewing the CRA’s past public statements, the TCC noted that the CRA has long held that the word “form” should be given a broad meaning (para. 42). For instance, the CRA has stated that reverse invoicing — originating from the recipient rather than the supplier — can fulfill the requirements for claiming ITCs, provided they contain the requisite information (para. 44). As the TCC noted, if the CRA’s position is correct in the present case, then this means that its previous public position on reverse invoicing is therefore invalid (para. 45).

Recognizing the benefits of electronic record-keeping (para. 38), the TCC held that the spreadsheets prepared by Corpfinance can also satisfy the documentation requirements. It also held that the way in which a registrant obtains the prescribed information does not matter for the purposes of subsection 169(4) of the ETA, as long as it obtains said information before claiming the ITCs (para. 41).

Sufficiency of the evidence

To claim ITCs in respect of the Prepaid Rent, CFI had to establish that it had obtained all of the “prescribed information” pursuant to section 3 of the Regulations. Because its supplies totalled more than $150, CFI had to demonstrate that the supporting documents contained “(i) the name of the Originator; (ii) the date on which the HST became payable; (iii) the nature of the taxable supply; (iv) the Originator’s HST registration number; and (v) the amount of the Prepaid Rent” (para. 50).

Accordingly, CFI had to have obtained the prescribed information before the filing of its ITC claims under subsection 169(4) of the ETA. Under the MCLAs, the Concurrent Leases only took effect once each Originator provided CFI with a copy of the Initial Leases, which contained all of the necessary information to calculate the Prepaid Rent due along with the Originator’s HST registration number (paras. 54-57). Therefore, the TCC found that CFI had all of the information required to calculate the Prepaid Rent due before it was paid (para. 61). Moreover, the TCC stated that CFI provided a spreadsheet with the total amount of the Prepaid Rent paid to the Originators during the Relevant Period, including the HST due. This meant that CFI had access to this information because it was saved on its own internal computer server (para. 63).

Based on the foregoing, the TCC allowed the appeal and returned the matter to the Minister of National Revenue for reconsideration and reassessment (para. 71).

This decision also recognizes the validity of computerized record-keeping originating from the recipient, or its administrative agent, for the purposes of satisfying the minimum ITC documentation requirements.

DISCLAIMER: This publication is intended to convey general information about legal issues and developments as of the indicated date. It does not constitute legal advice and must not be treated or relied on as such. Please read our full disclaimer at www.stikeman.com/legal-notice.

Jean-Guillaume Shooner is a partner in the Tax Group in Stikeman Elliott’s Montréal office. The author would like to acknowledge the support and assistance of Danielle Maor, articling student at law. This article was first published on Stikeman Elliott LLP’s Knowledge Hub and originally appeared at www.stikeman.com. All rights reserved. Top image: iStock. Author photo courtesy: Stikeman Elliot LLP.