Notice Of Assessment: Should You Pay In Advance? 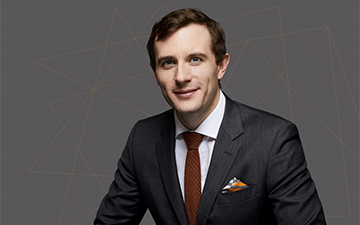 Once the notices of assessment have been issued, the corporation may choose to contest with the Chief of Appeals at the federal level or with the Direction principale des oppositions of Revenu Québec at the provincial level (in Quebec), or even in front of the courts should the contestation at the objection level turn out to be unsuccessful.

Regardless of the ultimate outcome of the objection to notices of assessment or of their contestation in front of the courts, every taxpayer should ask themselves the following question when receiving a notice of assessment: should I pay in advance?

Choosing to immediately pay a notice of assessment that is contested does not equate to an acceptance of the findings of the tax authorities. Even if a taxpayer wishes to contest the assessment, it might be preferable to pay the debt right away.

For example, the immediate payment of a notice of assessment stops the accumulation of interest that grows on the tax debt during the contestation process. Tax authorities apply interest on any tax debt — interest, or penalties, that might still be due after the objection process or the contestation before the courts is over (including an out-of-court settlement). Tax authorities apply daily compounded interest to these amounts at a prescribed rate. Currently, the prescribed rate of interest on tax debts owed to Revenu Québec is seven per cent, while the rate on debts owed to the Canada Revenue Agency is six per cent (applicable from July 1 to Sept. 30).

Further, paying a notice of assessment that is contested right away could result in a generous refund from the tax authorities later on. This will be the case if, for example, the assessment is cancelled at the objection level or before the courts, resulting in a reimbursement of the assessment paid in advance.

The Federal Court recently had the opportunity to weigh in on the obligation of tax authorities to pay interest on refunds issued to taxpayers. In the case of Glatt v. Canada (National Revenue) 2019 FC 738, the taxpayer had received a notice of assessment of a penalty in the amount of $2.8 million and had contested it by submitting a notice of objection before eventually appealing the assessment in court. In order to minimize the interest accumulating on the fiscal debt, the taxpayer had made a pre-emptive payment of $1 million to the tax authorities.

The option to pay a notice of assessment in advance can be beneficial for a taxpayer even if they intend to object to the assessment. With respect to businesses, they should obviously consider the impact of such a decision on their cash flow.

Jonathan Éthier is a lawyer in Montreal who specializes in tax litigation and tax planning. He is a member of the tax team at Spiegel Sohmer Inc. and can be reached at 514-875-2100. The author would like to thank Hyacinthe Huguet, articling student, for his precious help. This article was originally published by The Lawyer’s Daily, part of LexisNexis Canada Inc.

Taxpayers may mitigate late filing penalties in some circumstances
Practice

The CRA's response to a Federal Court Of Appeal decision
David J. Rotfleisch