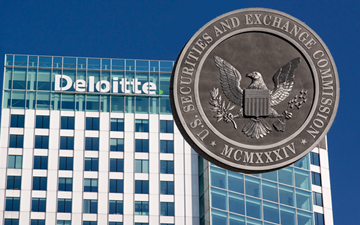 TORONTO, October 19, 2018 – The U.S. Public Company Accounting Oversight Board (PCAOB) has agreed to an offer of settlement by Deloitte Canada. The PCAOB has ordered a fine of US$350,000 finding its audits of Banro Corporation, a Canadian gold mining company operating in the Democratic Republic of the Congo (DRC), were impaired over a three-year period.

Deloitte Canada “in effect audited its own work,” according to the PCAOB, which also ordered the accounting firm to undertake independence training and a review of its independence policies and procedures. The firm must submit a written report of the review within 90 days of the order and provide a certificate of compliance signed by Deloitte LLP’s chief executive officer to the PCAOB within 120 days.

The case began in November 2012 when Deloitte South Africa acquired Venmyn Rand (Pty) Ltd., a mining services consultancy business based in South Africa, and changed its name to Venmyn Deloitte. In early 2012, prior to its acquisition, the managing director of Venmyn Rand prepared a technical report on a gold mining operation in the Namoya region of the DRC operated by Banro.

Banro recently emerged from creditor protection after delisting on the Toronto and New York stock exchanges. The beleaguered operation was the target of kidnapping and killings in an escalation of violence between local militia groups and government forces.

By 2017, after the collapse of global gold prices, the company had filed for creditor protection. Earlier this year, the Globe and Mail’s mining reporter, Niall McGee, labelled Banro “a cautionary tale for investing in a frontier market.” According to Rick Rule, president and CEO of Sprott U.S. Holdings Inc. (and onetime Banro shareholder), Banro “was run with little or no margin for error. Too much debt on the balance sheet; not enough equity.”

Because the company was registered for trading on the NYSE market, its financial reporting fell under the Sarbanes-Oxley Act of 2002 and PCAOB rules. Deloitte Canada issued audit reports on Banro's financial statements for the 2012-14 fiscal years and the firm’s audit reports were filed with the U.S. Securities and Exchange Commission.

The 2012 Namoya Report issued by Venmyn Rand’s managing director valued the Namoya mine at US$366 million. When Deloitte South Africa bought Venmyn Rand, the individual became managing director of Venmyn Deloitte. The PCAOB found that “Venmyn Deloitte is, and at all relevant times since November 1, 2012 has been, an associated entity of Deloitte Canada … [and] is considered part of Deloitte Canada for purposes of the Commission's auditor independence rules.”

The PCAOB found that Deloitte Canada's audit independence was impaired because its engagement team used the 2012 Namoya Report as audit evidence to support key management representations and conclusions in its audit reports. “The engagement team put itself in the position of auditing its own work because the report now belonged to an associated entity of the Firm.”

The PCAOB accepted Deloitte Canada’s offer of settlement and consented to the institution of disciplinary proceedings without admitting or denying the findings. In a statement issued by the accounting firm, “Deloitte Canada and US Public Company Accounting Oversight Board (PCAOB) have agreed to settle a matter related to independence violations that occurred in connection with three audits of an issuer client.

“Since the start of PCAOB’s inquiry and as part of our annual inspections with the PCAOB, the firm has taken extensive action to address this matter and independence generally. We take our professional responsibilities to deliver services of the highest quality and in conformity with all applicable professional rules and standards extremely seriously.”

By Canadian Accountant staff with files from the Public Company Accounting Oversight Board.