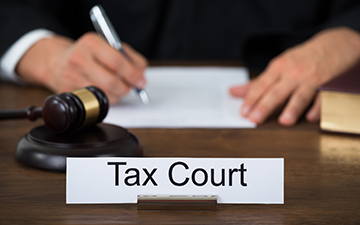 Introduction: What is the GST/HST new housing rebate?

As the term suggests, the new housing rebate permits an individual to recoup some of the GST or the federal part of the HST paid for a newly constructed or substantially renovated home that is used as the primary residence of the individual or a relation of the individual, subject to meeting other required conditions. Bear in mind that the new housing rebate is not available for a corporation or a partnership.

In Reeves v The Queen, 2021 TCC 74, the Tax Court of Canada clarified what constitutes a "relation" under paragraph 254(2)(b) of the Canadian Excise Tax Act. To better understand the Court's ruling, we shall canvass the facts of the case.

After the construction of the house was completed on the lot, the purchase transaction closed on May 24, 2017. Upon closing, Ms. Reeves and her husband held title as joint tenants to a 99% share of the property, while the aunt held title as tenant in common to a 1% share. Shortly afterwards, as the aunt's name was not required to secure the mortgage financing, the aunt's name was removed from title.

On August 8, 2017, Ms. Reeves submitted a new housing rebate application with the Canada Revenue Agency (CRA) requesting for a $24,000 rebate. Though the application was initially accepted, upon an assessment on October 13, 2018, the CRA denied the application. As a result, Ms. Reeves was assessed for the claimed rebate amount plus interest of $1,941. From the CRA's perspective, the law required all purchasers of property, including the aunt, to meet the conditions for a new housing rebate even if only one purchaser may obtain the rebate. Ms. Reeves held an opposing view — that adding her aunt to title of the property was done for the sole purpose of securing the mortgage and doing so should not affect her claim for a rebate. Therefore, the main issue before the Tax Court was whether Ms. Reeves was eligible for the new housing rebate application that she had applied for.

The law on new housing rebate

To be eligible for the new housing rebate, subsection 254(2) of the Canadian Excise Tax Act provides that:

the Minister shall, subject to subsection (3), pay a rebate to the particular individual . . .

To resolve the issue whether Ms. Reeves was entitled to the new housing rebate, Justice Russell of the Tax Court referred to a previous case, R v Cheema, 2018 FCA 45. In Cheema, the issue was whether a purchaser who is solely on title for the purpose of helping the other purchaser(s) with financing must also fully satisfy the statutory requirements for receiving a new housing rebate. The majority court in Cheema held that all signatories to an agreement of purchase and sale for a newly constructed home are required to meet all statutory requirements for receiving a new housing rebate.

Applying the rationale of the majority decision in Cheema, Justice Russell explained that under paragraph 254(2)(b) of the Excise Tax Act, eligibility for the new housing rebate depends on the particular individual acquiring the property for use as that individual's primary residence or as the primary residence of a relation of that individual. Since the evidence put forth before the court showed that the aunt did not intend to use the property as her primary residence, the remaining issue was whether a "niece" is considered a relation for the purposes of paragraph 254(2)(b) of the Excise Tax Act.

To discern the meaning of the word "relation," Justice Russell examined the various references of the term in the Income Tax Act. In one of the provisions, persons are said to be related to each other by blood, marriage or common-law partnership or adoption. In Ms. Reeves' circumstance, Justice Russell explained that the relevant type of connection between her and her aunt is the blood relationship. Turning to a case named R v Yin Yi Ngai where the Federal Court of Appeal held that a blood relationship does not extend to one between a nephew and his aunt or uncle, Justice Russell concluded that Ms. Reeves is not considered a relation of her aunt. Because Ms. Reeves is not considered a "relation" of her aunt under paragraph 254(2)(b) of the Excise Tax Act and as the aunt did not acquire the property for use as her primary residence, not all the purchasers met the statutory requirements. For this reason, Ms. Reeves was not entitled to the new housing rebate.

As can be observed from the Tax Court's ruling in Reeves v The Queen, to be eligible for the new housing rebate under paragraph 254(2)(b) of the Excise Tax Act, the signatory to the purchase and sale agreement must acquire the property for use as his or her primary residence or the signatory's relation must acquire the property for use as the relation's primary residence. If the connection between the individual and the relation is a blood relationship, the term relation carries on a specific meaning — that is, one between siblings, or between a child or descendent of the individual who acquired the property. As this case illustrates, a relation does not encompass a relationship between an aunt and uncle with their niece(s) or nephew(s).

Any transfer of a family business must be structured correctly to avoid re-assessment by the CRA, says Canadian tax lawyer and accountant David Rotfleisch