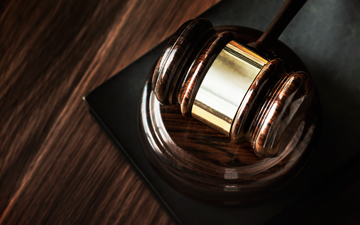 During an appeal to the Tax Court, both the taxpayer and the CRA may want to amend their pleading for a number of reasons. The CRA may be faced with limited facts at the onset of the appeal. As more facts are made available to the CRA during the discovery process, it may wish to amend its pleading to account for these new facts. Furthermore, either the taxpayer or the CRA may wish to introduce new legal arguments during the middle of an appeal to the Tax Court.

In Canada v. Pomeroy Acquireco Ltd., the CRA asked the Tax Court permission to amend its reply. The request was initially rejected by the Tax Court judge, the lawyer for CRA appealed to the Federal Court of Appeals and won.

Based on the correct legal test, the Federal Court of Appeals decided the proposed CRA amendment to its reply would not result in injustice not compensable in costs despite the fact Mr. Pomeroy had passed away. The Tax Court judge had already concluded that the CRA's current pleadings already called into question the true nature of the transaction as well as calling into question issues regarding valuation. Since the issues addressed by the proposed amendment were already contained in CRA's existing pleadings, the amendment could not be prejudicial to the taxpayer.

It is important to keep in mind that while the introduction of new arguments or new theories based on the same set of evidence would require an amendment to a party's pleadings, the reverse is not true. A party may rely on new evidence disclosed during the litigation process to booster his or her existing argument without needing to amend the pleadings.

Visit www.Taxpage.com and email David at david@taxpage.com. Read the original version of this article on Taxpage.com.

Contesting a will in Ontario: Canadian tax lawyer guide

Provincial legislations are carefully crafted to include provisions that infringe upon and restrict an individual's testamentary freedom, says tax lawyer and accountant David J Rotfleisch
Practice