What can a taxpayer do if a CRA decision letter is unclear? 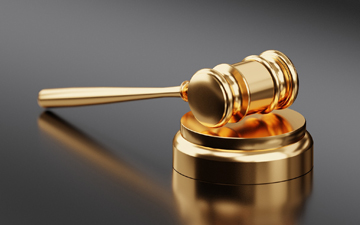 Introduction: Federal Court rules on whether CRA's decision to not process the amended returns was reasonable

In 4431472 Canada Inc v Canada (Attorney General), 2021 FC 812, the Federal Court reviewed the Canada Revenue Agency's (CRA) decision to not process the amended tax returns filed by the corporate applicant for its 2008 to 2011 taxation years. The Court was asked to determine whether the Agency's decision was reasonable and whether to set aside the Agency's decision.

Although there are several parties involved in this case, we shall distill the facts of the case to their bare bones.

4431472 Canada Inc. ("443 Inc.") is a holding company with one shareholder, Mr. Ludmer, and no operating business. 443 Inc. is one of the beneficiaries of a trust called Thames Trust. The Trust receives payments from a Bermuda-based corporation called GAM Ltd. Based on the payments received from the Bermuda-based GAM Ltd. [Global Asset Management], Thames Trust would then make distributions of the trust property to the beneficiaries, including 443 Inc. From 2008 to 2011, and in 2014 and 2015, Thames Trust made distributions totaling nearly $17.63 million to its beneficiaries, including 443 Inc.

From 2012 to 2014, 443 Inc. regularly followed up with the CRA to see if the Agency has granted or denied its request for refunds for the 2008 to 2011 taxation years. However, the CRA did not respond to the corporation's requests in a timely manner nor did the Agency issue new notices of assessment for the applicable years in question.

Finally, on May 26, 2014, the CRA sent Mr. Ludmer a proposal letter notifying him that the Agency considered the payments received by Thames Trust from the Bermuda-based corporation, GAM Ltd, as income from property or business for the purposes the Income Tax Act. Thereafter, a series of exchanges occurred between 443 Inc. and the CRA. This ultimately led to the CRA to issue a proposal letter on July 6, 2017, where the tax agency held that the distributions received by the corporation were taxable receipts and therefore, the CRA was disallowing the deductions claimed by the Trust for the 2011 taxation and subsequent years. This in turn affected the amended returns filed by 443 Inc. The proposal letter also provided that the CRA would not decide whether to grant 443 Inc.'s requests for refunds and processing of its amended returns until a "final and appealable" determination has been made (presumably by the Tax Court) regarding the payments Thames Trust received in 2011 and onwards.

On February 20, 2019, 443 Inc. filed an application seeking an order of mandamus to push the CRA to determine the corporation's tax liability for the 2008 to 2011 taxation years. This then led to the CRA to issue a decision letter on May 7, 2019 where the CRA stated that corporation's initial filing position of treating the payments from the Trust as income was the correct position at law, that the CRA was not obliged to process the amended returns, and that the CRA was to "postpone its final decision" on the amended returns until a final resolution of all related tax matters has been reached, but that the Agency decided to render a "final decision on the [a]mended returns, that is, not to reassess 443 Inc." As can be seen, the CRA's letter is unclear as to whether the Agency was rendering a final decision.

As the Federal Court was asked to review the CRA's May 7, 2019 decision, the standard of review that the Court adopted was reasonableness as there was no particular reason to warrant departure from this standard. The Court held that the way the CRA drafted its decision letter was unclear and subject to two different interpretations. As such, the Court ruled that the CRA's decision was unreasonable and must be set aside. The Court explained that the letter was unclear as to whether the CRA was definitively refusing to reassess 443 Inc. or whether the Agency was simply cementing its earlier proposal to postpone rendering a decision on whether to process 443 Inc.'s amended returns until the Tax Court addressed the payment

This case highlights that if a taxpayer receives a decision from the CRA that is ambiguous and open to different interpretations, the CRA's decision may be found unreasonable and may be set aside. In this case, because the CRA did not convincingly render a final decision, the corporate taxpayer was unable to receive a notice of reassessment. Receiving such a notice is important because taxpayers who disagree with the CRA's notice of assessment or reassessment have 90 days from the date of issue of the notice to appeal the decision by filing a notice of objection.

Top image credit: Pixabay. Read the original version of this article on Taxpage.com. Editor's Note: Canadian Accountant has published several articles related to Ludmer et al and the Canada Revenue Agency. See the links below for related articles and read When the CRA’s bullying came back to bite it: Offshore tax audit results in $5 million in damages by Allan Lanthier for background.

When can a Canadian taxpayer seek punitive damage from the CRA?