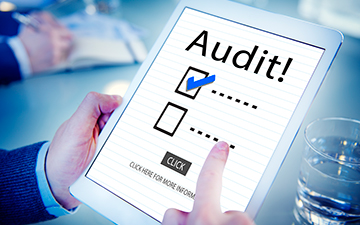 Toronto, April 3, 2019 – Canada’s audit regulator says significant inspection findings more than doubled in 2018 from the previous year, though overall audit quality has improved in the past 15 years. The Canadian Public Accountability Board (CPAB) has issued its annual inspection results for 2018, reporting significant findings increased from 15 in 2017 to 34 in 2018.

A significant inspection finding is defined as a deficiency in the application of generally accepted auditing standards that could result in a restatement. According to CPAB, the 2018 findings were particularly prevalent in audits where business acquisitions had occurred, and in new industries such as cryptocurrency and cannabis. CPAB's inspections resulted in five restatements of public company financial statements in 2018.

"A critical concern for CPAB is the recent deterioration in inspection results," said CPAB CEO Carol Paradine, CPA, CA. "The increase in significant inspection findings was primarily driven by the results at six firms; each of these firms is now implementing a variety of changes in systems and controls designed to improve audit quality. In conjunction with this, CPAB has taken appropriate intervention actions.”

In recent years, Canada’s audit watchdog has been focused on embedding audit quality processes across the entire assurance portfolio and into ongoing operations, rather than reviewing quality after the audit cycle is completed. CPAB now expects firms “to fully document their firm-wide quality management systems and control processes, including the testing of the effectiveness of each control.”

CPA reported, however, that “while progress has been made, we found a lack of robust documentation and formalized self-assessment mechanisms across the firms.” While the Big Four firms (Deloitte LLP, Ernst & Young LLP, KPMG LLP and PwC LLP) “must continue to focus on enhancing their quality management systems,” CPAB found a higher prevalence of problems at the mid-sized national firms, with almost half of engagement files with significant findings.

Unlike in the U.S., where the Public Company Accounting Oversight Board posts inspection reports of individual firms online, CPAB does not identify specific firms in its public reports but rather groups of firms. The mid-tier market includes BDO LLP, Grant Thornton LLP, MNP LLP, and Raymond Chabot Grant Thornton LLP.

CPAB found that, “The number of significant findings was relatively stable at three firms … [but] one firm continued to experience challenges; its action plan response to CPAB’s 2017 inspection did not have the intended impact. We have required that firm to develop a revised action plan to remediate this decline in quality.” (CPAB does not distinguish the firm from the group by identifying the outlier.)

Deficiencies related to auditing fair values in business combinations, impairment of assets and revenue recognition represented approximately half the significant findings of CPAB’s 2018 inspections cycle. The other half related to significant but non-complex account balances and transactions streams where basic audit procedures were either not performed or not performed appropriately.

The 2018 Annual Inspections Results identified three areas of challenge to auditors and regulators in Canada. Audits of dual-listed public companies based in China has been an ongoing concern of Canadian regulators. According to CPAB, “certain countries, including China, continue to prevent CPAB from inspecting the audit work of Canadian public companies conducted in their jurisdictions.”

Public companies that hold or trade cryptocurrency assets are also a challenge. Recently, Reuters reported that firms are “backing away” from the sector, and cryptocurrency companies are searching for new auditors.  In December 2018, CPAB published “Auditing in the Crypto-asset Sector,” outlining its expectations of auditors.

CPAB also singled out data analytics and the processes of matching accounts, data visualization and automation of traditionally manual procedures.

Which mid-sized accounting firm gained the most clients in 2018?