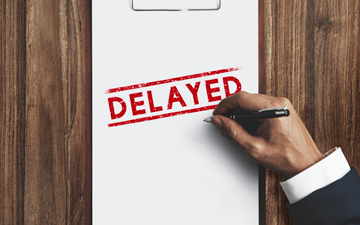 TORONTO, Dec. 27, 2019 – The Canadian accounting profession is closing 2019 with victories on two fronts that would have adversely affect chartered professional accountants in public practice and management accounting. Both Canadian Finance Minister Bill Morneau and the Canadian Securities Administrators have indicated delays in the introduction of new rules on the taxation of employee stock options and non-GAAP financial reporting respectively.

Finance Canada quietly announced the delay on Thursday, December 19th, in an unexpected afternoon press release: “The Government is carefully reviewing the input received during the consultations to ensure that the new regime meets both of its key objectives. As a result, the proposed changes to the tax treatment of employee stock options will not come into force on the previously proposed date of January 1, 2020.” It will announce a new coming-into-force date in Budget 2020.

CPA Canada is on record as supporting the limitation of stock option benefits in some cases, as long as the rules provide “clarity, certainty and objectivity in their application.” Bruce Ball, vice president of taxation with CPA Canada, told the CBC on December 20th that the decision to delay will allow companies more time to adjust to the changes.  The Canadian Centre for Policy Alternatives, however, said the delay will give high-paid executives more time to take advantage of "one of the most egregious tax loopholes."

The Liberals wanted to have their cake and eat it too. Their proposed changes would have allowed entreprenuers — particularly in the start-up and tech sectors — to bundle the benefit with employee compensation plans, while limiting the availability of the deduction for employees of "large, long-established, mature firms,” such as C-suite executives at TSX companies.

“I can assure you that the legislation enacting that provision will be long, complex and uncertain, and uncertainty and complexity lead to litigation,” said Vern Krishna, FCGA, FCPA, of TaxChambers LLP in Toronto. “The underlining policy proposal is understandable and one is sympathetic to the objectives, but the implementation of it will be complicated.” While a change may benefit tax lawyers, the delay benefits accountants in public practice with high net worth individuals (HNWI) as clients.

In another holiday season announcement, the Globe and Mail’s David Milstead reported that the Canadian Securities Administrators (CSA), an umbrella group of provincial securities regulators, has “gone back to the drawing board” on new rules for non-GAAP reporting, following comment letters during its consultation process.

While CPA Canada acknowledged consensus on the need for improvements in the non-GAAP reporting, it listed a number of issues it had with the proposals, including uncertainty, conflicting views and unintended consequences of the application of proposed rules. As reported by Canadian Accountant, the proposed rules were initially applauded for their clarity and detail, but Janice Anderson, CPA, CA, associate chief accountant at the Alberta Securities Commission, told the Globe and Mail there was concern that the proposals were “inconsistent with the objective of reducing regulatory burden.”

The CSA’s initial proposals were meant to be tougher than current rules in the U.S. A  leading voice for financial reporting reform, Anthony Scilipoti, FCA, FCPA, the chief executive of Veritas Investment Research, told the Globe and Mail that, “With each passing day, this puts investors at a disadvantage, because our regulatory framework is more lax than that of the U.S., for example, because we don’t have regulations. [The CSA] went for more of a Hail Mary pass to get other numbers included, but now they’ve run into all kinds of headwinds."

Chartered professional accountants in management accounting and on audit committees will breathe a sigh of relief at the delay of new rules until at least 2021. As noted in the Globe and Mail article, changes to non-GAAP reporting in Canada have been proposed by the Accounting Standards Board of Canada, an independent body funded by CPA Canada, and Financial Executives International.