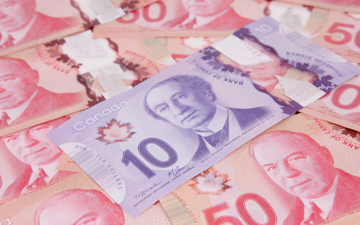 A turbulent year for Canadian accountants

TORONTO, January 4, 2019 – The past year was a turbulent one in the Canadian accounting profession. A year when politicians and regulators got serious about tax collection and financial reporting, following through on promises of reform and disclosure, setting the stage for the federal election in 2019. Here are the top 10 Canadian accounting stories of 2018 in reverse order of importance and impact:

Despite a valiant attempt by CPA Canada, the Liberals stubbornly refuse to touch the third rail of Canadian politics — tax reform. Faced with accusations from PwC Canada and business groups that Canada’s no longer “competitive” due to U.S. tax cuts, Finance Minister Bill Morneau pulls off a slick move, eschewing Trump-style corporate tax cuts and telling notoriously cautious Canadian business to invest instead in itself.

The feature article no one wants to talk about. “Why it’s getting hard to trust the auditors,” runs in the Globe and Mail’s Report on Business Magazine (ROB Magazine), drawing a tenuous connection between accounting scandals at home and abroad to argue its canary in the coalmine warning. Like a bad smell in an elevator, everyone leaves quickly and gets on with their day.

Based on reports from Source Global Research, we report that the Big Four now account for the lion’s share of the Canadian consulting market, propelling Canada into the top 10 global consulting markets, and driving the accounting firms to record revenues. The Globe and Mail audit expose explains it thusly: “These days, audits are often seen as a “foot-in-the-door,” means for the Big Four to offer other, more lucrative services to potential clients.”

In 2017, accountants popped their corks and class-action lawyers hung their heads when the Supreme Court ruled that auditors owed no duty of care to investors. That decision ripples through the courts in 2018, as the Ontario Court of Appeal overturns a decision in Lavender v Miller Bernstein LLP just one year after the accounting firm was found liable for investor losses.

After years of growing alarm over non-GAAP reporting, the Canadian Securities Administrators (CSA) releases a “proposed instrument” for regulating non-GAAP reporting, emphasizing compliance over guidance. The CSA even includes a persnickety side note telling “certain industry groups, professional bodies, and standard setters” to back off because they “created confusion.”

After years of pressure, the Canada Revenue Agency finally releases the government’s estimated annual tax losses from wealthy Canadians squirreling away unpaid personal income tax in foreign holdings. Three billion dollars is nothing to sneeze at but it still dwarfed the tax revenue lost to the underground economy. The CRA says it will release the corporate tax gap next. We’re still waiting.

In July, the CBC somehow gets hold of statistics showing a mad dash to the exits by tax-evading scofflaws before the CRA tightens the rules on voluntary disclosure. Tax lawyers and accountants warn the government will miss out on millions. The government says we won’t need the VDP when rich Canadians realize we ain’t fooling ‘round no more.

In November, Canada’s government auditor says the CRA is failing Audit 101, with “notable gaps” in how it treats taxpayers and how it measures its own compliance. To the amusement of Canadian Accountant, the CRA goes on a PR blitz prior to Michael Ferguson’s report, leading us to reckon the Agency knew what was coming and wasn’t entirely displeased with the AG’s recommendations.

Soon after taking power in Ontario, Premier Doug Ford claims the provincial deficit is $8 billion higher than expected, based in part on the investigation of a select group of forensic accountants that includes Canadian Accountant’s own Al Rosen. Ford trumpets “it’s quite possibly the worst political cover-up in Ontario's history.”

The province’s chief accountant, Comptroller Cindy Veinot, requests on multiple occasions to meet with the Select Committee on Fiscal Transparency. The NDP members of the committee put forward a motion to call her as a witness and the PC members vote against the motion. Veinot resigns from the Ontario Public Service, saying she does not agree with the accounting decisions of the new government.

B.C. and Ontario see governments change hands due in large part to the financial mess of deferral accounting at public utilities. In Ontario, Auditor General Bonnie Lysyk zaps Premier Kathleen Wynne twice over accounting issues that Lysyk claims hide the real nature of the provincial deficit. It’s a shocking charge to voters who pull the plug on the provincial Liberals. No word yet on how the Tories will handle Hydro accounting in the future.

The top 5 most popular articles on Canadian Accountant in 2018

Plus a few honorable mentions that kept you coming back to Canadian Accountant!
Profession