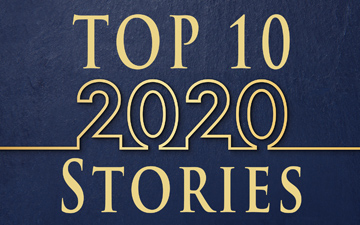 Canadian accountants proved their essential value during the COVID-19 pandemic

TORONTO, January 1, 2021 – Good riddance to 2020, a year like no other in the accounting profession, as the COVID-19 pandemic played havoc with accounting practices and corporate finance departments across Canada.

Yet amidst the carnage, Canadian accountants proved their value, as provincial governments declared many accounting and finance lines “essential services,” keeping the payroll and relief cheques rolling. Before we bid adieu to the past year, let’s look back on the top 10 Canadian accounting stories of 2020, in random order and impact (much like the coronavirus):

What’s the deal with wealthy finance ministers? Whether it’s Rod Phillips in Ontario or Bill Morneau in Ottawa, the rules that apply to ordinary Canadians don’t seem to apply to them. Morneau had done so much to antagonize accountants that we predicted, back in 2018, that he would be shuffled out of Cabinet. Somehow he managed to hang on, finally banished for his role in the We Charity fiasco, in the summer lull between stages of the pandemic.

Against formidable odds, the September 2020 Common Final Examination went off without a hitch, earning praise from participating students and some positive press. Somehow, the CPA profession overcame the “black eye” of 2019, the pandemic cancellation of the May 2020 exam, and a September sitting just as infection rates rose again. Requiring students to write the exam in individual hotel rooms across Canada was a stroke of genius. Bonus: no significant software glitches. Kudos.

As the old saying goes, “never waste a crisis.” The pandemic forced reluctant accounting firms across Canada to finally take the Cloud seriously and go virtual. (We were right there with support articles from Sofia Arisheh of Upskill Consulting.) As we reported in our five-part practice acceleration series, there were good reasons for firms to maintain face-to-face client meetings and “shoebox” accounting, but the pandemic accelerated, albeit slowly, trends that were already occurring.

Who else never wastes a crisis? Criminals, that’s who. And, with regular practices disrupted, accountants working from home, and data shared in dangerous ways, it was inevitable that the Canadian accounting profession was hit by cyberattacks and ransomware — including large, SME firms and, to the dismay of chartered professional accountants, CPA Canada.

To anyone who thought accounting was a recession-proof profession, 2020 must have come as something of a shock. While sources such as the Globe and Mail reported on reductions in partner draws, American accounting website Going Concern created a tracker for accounting firm layoffs, which reported job losses service lines and personnel at Deloitte, EY, KPMG, and PwC in Canada.

Some of the layoffs prompted law firms to offer severance litigation to accountants let go during the pandemic for alleged “poor performance,” a practice widely reported on Reddit. On a brighter note, those who survived the axe received substantial year-end bonuses.

6.  Canada rolls out the financial relief in the spring …

Billions of dollars in pandemic financial relief began rolling out in the spring of 2020 as Canadians were told to stay home and stay away from each other. Suddenly, acronyms like CERB, CEBA, and CEWS were part of common conversation, and Canadian accountants were gifted new opportunities as advisors when their own businesses were under pressure during the pandemic.

Compared to the disastrous situation in the U.S., the Canadian government’s quick response was deemed by most observers (including CPA Canada) as the right response to a crisis, despite the lack of financial controls.

7.  … and the debt and deficit backlash begins in the fall.

But critical voices began to emerge by the fall from all corners — debt and deficit hawks, accounting professionals dismayed by potential fraud, and hapless Canadians who started receiving warning letters from the CRA over potential ineligibility. While some experts (such as Allan Lanthier) said the CRA hasn’t got a hope in hell of recovering ineligible payments, accountants, estate advisors and wealth managers began sounding the alarm over potential tax changes (wealth taxes, transfer pricing changes) to foot the COVID-19 bill.

As Lorne Saltman of Gardiner Roberts LLP recently pointed out in Canadian Accountant, the Canada Revenue Agency lost four big transfer pricing cases in 2020: AgraCity, Bank of Montreal, Cameco, and Loblaw respectively. Ultimately, the Tax Court of Canada (and higher courts upon appeal) ruled that these cases — which set new standards of complexity and cost Canadian taxpayers millions to litigate — were perfectly legal arrangements at the time. How will the federal government respond in 2021?

The TCC had to shut down not once but twice during 2020, as the COVID-19 pandemic exposed the limitations of tradition in resolving tax disputes in the 21st century. While Chief Justice Eugene Rossiter did a commendable job of keeping stakeholders informed during the shutdown, the pandemic has prompted the TCC to get serious about modernization and digitization, as reported by Canadian Accountant.

10.  Canadian accountants give back during the crisis.

In addition to being deemed (in some regards) as providers of essential services, if not exactly essential workers, Canadian accountants kept the lights on in hundreds of ways throughout the pandemic. CPA Canada took a balanced policy position to pandemic relief and its consequences. Tax experts managed to convince the government to waive sales tax on Personal Protective Equipment. And CPA Ontario earned lots of positive press for the profession for its tax preparation program, “Accounting for Bravery.”

And one honorary mention …

No news reports would be complete without a mention of Donald Trump. For years, accounting professionals on both sides of the border have been warning about the lack of transparency in audits of Chinese companies. Trump’s threat to delist Chinese companies from U.S. stock exchanges, a move that would cost American companies billions in advisory and other fees, could have lasting ramifications. We’ll see if President-elect Joe Biden is willing to take the same hardline approach.

Editorial: Morneau out, Freeland in as Trudeau cuts his losses

To many Canadian accountants, Morneau would be an ideal, high net worth client
Students