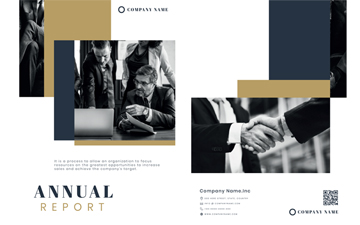 CAMBRIDGE – With many companies such as airlines and retailers struggling during the pandemic, there’s a lot of focus on their short-term financial health. This is all laid out in corporate annual reports and quarterly announcements, describing carnage in the usual clinical financial terminology.

Ryanair’s latest trading statement is a good example, documenting a year-on-year decline in passenger traffic of 83% for the month of December. Load factor, which is a measure of how full the planes are, was down 22 percentage points compared to December 2019.

The stockholders, analysts and journalists who analyse reports like these aim to articulate the company’s financial performance so that those with a stake can gauge the risks to which they are potentially exposed. This includes everyone from employees to suppliers to those who hold shares and bonds in the company.

But while these questions about stakeholder risk are certainly important, there’s a bigger narrative about each company’s societal impact that often gets missed. Airlines transport people and cargo, including mail, prescriptions, humanitarian food supplies and even the repatriated remains of people who have died. They are part of the lifeblood of our society, and their current deep financial distress has ramifications far beyond those with a direct interest.

Yet many members of the public seem to lack basic financial understanding, and it’s a problem around the world. As we shall see, this prevents us collectively from anticipating the potential human impact of companies in financial distress, and also from proactively advocating for more transparent information.

One of my favourite examples that I discuss with students is the 2014 annual report of Swiss-based pharmaceutical company Novartis. On the cover below, Novartis depicted a patient and medical professional walking arm in arm, dressed in blue hospital gowns. It seemed to be hinting that Novartis’ financial health affects the patients and caregivers who rely on the company’s life-enhancing technology.

The report was compiled as the Ebola virus threatened to become a global pandemic. Inside, Novartis said: “We are actively searching our compound library and evaluating any molecules that may be effective as a potential future Ebola treatment.”

While it’s obvious that investors and other financial stakeholders would care about the financial viability of this drug research programme, it has only perhaps become more evident since 2020 that global society should care about the health of a company vying to tackle a pandemic.

In the current era, surely everyone should be paying close attention to the financial health of companies like Pfizer, Moderna and AstraZeneca, since any misuse of their financial resources – intended or unintended – might impede their ability to service society with COVID vaccines and distribution.

Society also needs to pay more attention to the financial viability of other enterprises that directly affect human need, such as companies that build infrastructure like roads, railways and hospitals. The societal danger of not recognising, anticipating and intervening on financial malfeasance is reflected in the January 2018 collapse of UK government contractor Carillion.

This company was building schools, hospitals and roads, and providing critical services ranging from cleaning to school lunches. Financial shareholders lost a significant amount of capital in the company’s insolvency. But society lost as well because cities and towns didn’t get their hospitals and other projects built on time or on budget as more than 400 contracts were suddenly disrupted. A scathing UK parliamentary report cited “recklessness, hubris and greed” among directors.

Grey deficits – and green ones

A company’s obligation to its retired employees is another area where credible financial reporting serves a vital societal function. And this time, it turns out that there is a link with share-price performance.

A 2020 report by Morgan Stanley looked at 50 companies with the largest pension deficits and found that those underfunded by more than 5% of the value of the company “significantly underperform” both broader stock markets and their sector peers. There are also indications that these underfunded liabilities are being materially underreported in annual reports.

I am increasingly concerned that the same is true of environmental issues ranging from toxic cleanup obligations to writedowns of so-called “stranded assets” that will never be exploited. There is growing evidence that firms are not allocating enough money to cover these potential environmental liabilities. If firms can’t pay, the costs will either fall to taxpayers or the cleanups simply won’t be done.

Many agencies, including Accounting for Sustainability (A4S), the International Accounting Standards Board (IASB), the Task Force for Climate-Related Financial Disclosures (TCFD) and the Climate Disclosures Standards Board (CDSB), are engaged in developing better reporting on these issues. Some companies are volunteering to participate in the improved schemes around environmental reporting that these agencies are advocating, but very little is mandatory at this stage.

So while companies absolutely need to improve their reporting in this area, matters would probably move forward with more urgency with more public support, since reporting-standard setters and market regulators actively solicit feedback from stakeholders to inform their proposed solutions.

More generally, there is a need for more people to be more aware of the relationship between financial announcements, business and society. There is plenty that business could do to make its reporting clearer and to better reflect reality. But if society and individuals invested more in financial literacy, and paid more attention to the information that companies produce, it would make it easier to demand that it met higher standards.

Alan Jagolinzer is a professor of financial accounting at the Cambridge Judge Business School at the University of Cambridge.

Depending on the year-end of the organization, the financial reporting impact and the reporting considerations will be significantly different, says Bridget Noonan of Clearline Consulting